Start a Wiki
watch 04:10
The Loop (TV)
Do you like this video?
Diar (Moira Orfei) was a secondary antagonist in the 1961 Peplum film "Valley of the Lions".

Ursus (Ed Fury) survives the sword after his mother packs him off to safety in a basket on horseback.  His parents who are the king and queen of the kingdom of Atlea are killed, and Ursus is taken in by a pride of lions who raise him.

Many years pass, and Ursus has become a strongman.  He helps a wagon transporting a load of female slaves that has broken down on the road near his cave.  After helping them, he carries off one of the maidens he is smitten with.  When the slave trader follows him back to the cave, he trades her for an amulet his parents gave him before they were killed.  The amulet has the royal symbol on it.

In the meantime, Ursus and the slave girl, Annia (Mariangela Giordano) fall in love during their time alone.

Diar is one of the other slaves in the wagon, and she catches the eye of the evil king during the auction.  She is therefore purchased.  To gain favor from the king, Diar shows him the amulet that the slave trader took from Ursus.  The Usurper King Simud (Giacomo Furia), by seeing the amulet, fears Ursus will one day visit and figure out that he is the rightful heir to the throne.  He therefore, has his soldiers seek out Ursus and kill him.  In the meantime, Diar becomes the favorite of the king, and she enjoys the power she has been given.  Her personality is influenced by the evil king, and she becomes one in the same.

The soldiers return after failing to kill Ursus.  They do however succeed in poisoning the lions with tainted meet, and kidnap Annia.

Diar is furious to see Annia, especially since the king begins to take a fancy to her instead.  When Ursus arrives to take Annia back he is quickly imprisoned.  Diar hacks a plan that she will free Ursus from his chains and then take care of Annia.

After freeing Ursus, he is led out of the palace in a tunnel by a servant (Maria Luisa Merlo, who is also knwon as Mary Marlon).  She then returns to the royal chamber and attempts to kill Annia with a large knife.  However, the king returns to see this attempt, and chokes Diar to death on the steps.

Ursus is able to win his crown back from the evil king and then regain the love of Annia. 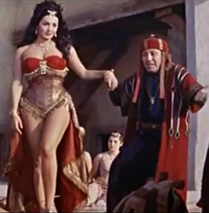 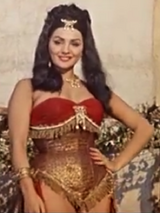 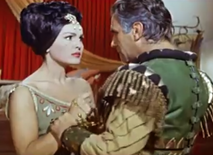 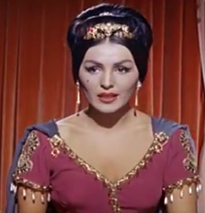 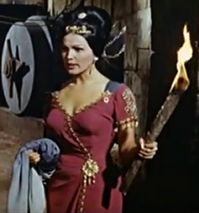 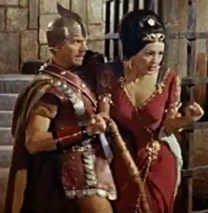 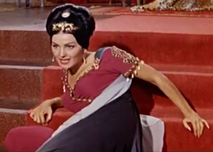 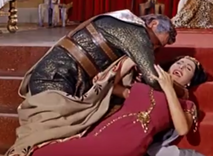 Add a photo to this gallery
Retrieved from "https://femalevillains.fandom.com/wiki/Diar_(Valley_of_the_Lions)?oldid=166295"
Community content is available under CC-BY-SA unless otherwise noted.