Mike Alvarez and his wife Susan have inherited an estate in rural Spain. This is perfect for Mike who is an interior decorator. However, it is haunted by the spirit of a witch who was a victim of the medieval inquisition. This just so happened to be under the control of Mike's distant ancestor.

Diana is beautiful, charming, sexy and eloquent. She takes human form, and the couple becomes aware of her at a dinner party they hold at the castle. However, she is also an evil witch.

Susan learns the history of the place, and learns that Diana was burned at the stake. Mike on the other hand, comes under the sway of the witch, as has all his ancestors before him. She seduces him by night, magically draining him of all his strength until she can finally kill him.

In the end, Susan is the one who is able to defeat Diana, and she is once and for all destroyed. 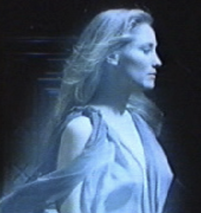 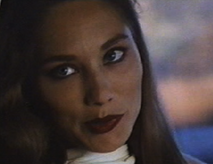 Add a photo to this gallery
Retrieved from "https://femalevillains.fandom.com/wiki/Diana_De_Alvarez_(Immortal_Sins)?oldid=197603"
Community content is available under CC-BY-SA unless otherwise noted.