Diana was the second-in-command, as well as John's (Richard Herd) chief science officer of the fleet of 50 Visitors ships. She is commander of the mother ship Los Angeles.

Diana was responsible for much of the Visitors attacks against the Resistance as well as ordering one of her lovers, Brian (Peter Nelson), to impregnate Robin Maxwell (Blair Tefkin) as part of an experiment. Diana's apprentice, Mary Kruger (Sybil Danning) was the leader of the Dallas mothership. She was responsible for the creation of the Encapsulator, a device for making the processing of humans more efficent. Mary was killed in an explosion.

Diana is part of an invasion fleet. She is clever, cunning, cruel and seductive. She spends most of her time rounding up and torturing members of the human resistance, executing failed henchmen and traitors and engaging in power-struggles with superiors and fellow officers.

In V: The Final Battle, Diana is removed from power by Pamela (Sarah Douglas), who she later murders.

She is a pioneer in the conversion of humans to aid the Visitors, and she inoculated the Visitors against all known Earth diseases.

Diana was briefly married to Charles (Duncan Regehr), before he was assassinated by Lydia. Diana and Lydia (June Chadwick) later framed Marta (Gela Nash) for the death. She later tried to kill Lydia and her family members. For this she was placed under arrest. 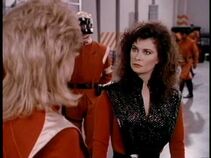 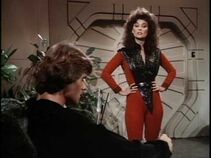 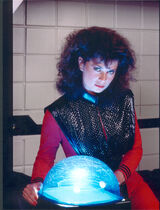 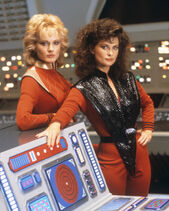 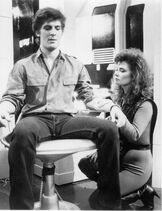 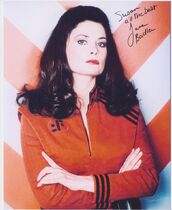 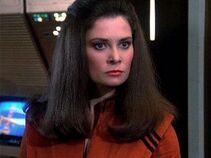 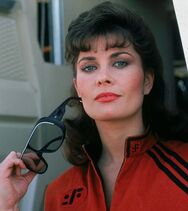 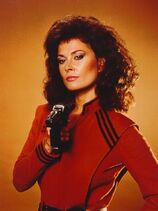 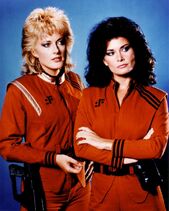 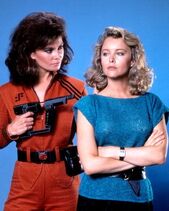 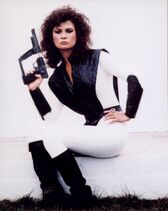 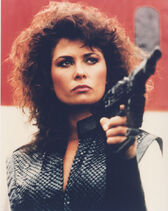 Add a photo to this gallery
Retrieved from "https://femalevillains.fandom.com/wiki/Diana_(V:_The_Original_Miniseries)?oldid=190602"
Community content is available under CC-BY-SA unless otherwise noted.