Start a Wiki
watch 01:50
The Loop (TV)
Do you like this video?
Desiree Holt (Lisa Berry) is the main villainess from the 2019 Lifetime film, Secrets of the Sisterhood (alternately titled, The Sisterhood; airdate May 31, 2019).

Desiree Holt was introduced as a self-help guru by Jasmine, the sister of the film's main protagonist, Ashley Shields (who responded with a comparison to Tony Robbins). Jasmine introduced Ashley to Desiree, who greeted Ashley with open arms and welcomed her to "The Sisterhood," an all-female group which was believed to be promoting female empowerment, which also had Jasmine as a member. Later in the film, Desiree officially initiated Ashley into the group as part of a ceremony, though Ashley had her suspicions that The Sisterhood was really a cult.

After Ashley joined The Sisterhood, she noticed things were going her way, beginning with receiving shared custody of her daughter, Grace (Rick demanded full custody earlier in the film). In addition, Ashley received a raise from her boss, Frank, after she was denied a promotion, and later on, Desiree offered her the position of handling the group's finances, replacing Pamela Redman, who Desiree claimed stole the group's money. After she accepted, Ashley realized that Desiree was money laundering, as she tasked Ashley with moving money to one of Desiree's businesses.

It was also uncovered that Desiree and the entire group was engaging in blackmail and extortion, as Ashley received an envelope that was full of money, revealing the delivery as a payout. The Sisterhood also engaged in intimidation factors, as Myra (Desiree's second in command) gave the order to Jasmine to confront a woman named Laura Hewitt; warning Laura to stay away from new member Celia's husband before beating up and attacking Laura, in front of a shocked Ashley.

Ashley's meeting with Pamela ended up revealing the truth about Desiree and The Sisterhood: the group was originally founded to do good things, but at some point, Desiree turned heel due to her desire to gain more money and power for herself, with The Sisterhood later following suit in solidarity with Desiree's heel turn and motivations. Ashley secretly recorded Desiree admitting to extortion, but afterwards, Desiree found out and had her henchwomen beat up and attack Pamela, with the villainess threatening to kill Pamela if she ever returned. Ashley's latest planned meeting with Pamela that evening came to a fatal end, as Pamela was found dead in her bathtub in an apparent suicide. While Ashley was giving her statements regarding Pamela, the evil Desiree listened in on the conversation, while disguised in a police uniform.

Ashley made an attempt to record Desiree admitting to her crimes, and she later gave the recording to Trish Britton, a reporter who had been investigating the cult. Later on, Desiree summoned Ashley and ordered her to particpate in the beating of a mysterious person who Desiree claimed was hurting Ashley's family. When Ashley refused, Desiree ordered Jasmine to remove the person's hood and reveal the "victim" as an unknown man, while also revealing that it was all a test to prove Ashley's loyalty. In addition, Desiree revealed that she was responsible for everything that went Ashley's way, while also giving an indirect confession regarding Pamela's murder. She added that she knew about Ashley's plans to take down The Sisterhood, as Trish was a plant sent by Desiree, who showed Ashley the flash drive, revealing that Trish gave it to her after getting it from Ashley. Afterwards, Desiree demanded Ashley's inheritance under the threat of going after Grace if she didn't comply.

Even after Ashley agreed to the demands, Desiree voiced her distrust in her and stated that she would be watching her every move, after which Ashley informed Rick about her involvement with The Sisterhood. However, Ashley and Julie (the latter being Rick's policewoman girlfriend) found that the group had cleared out all of their files, and the film's climax saw Ashley abducted by Desiree and Myra, with the former ordering Jasmine to kill her own sister; giving Jasmine a baseball bat to use as the weapon of choice. When Jasmine refused and quit the group, Myra attempted to suffocate Jasmine to death, only for Julie and the rest of the police to appear and arrest both villainesses. Ashley revealed that she recorded Desiree's order to Jasmine, after which Desiree made a maniacal vow that her arrest wouldn't stop The Sisterhood. 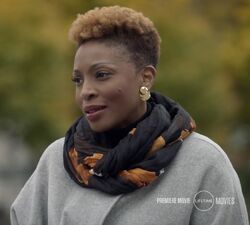 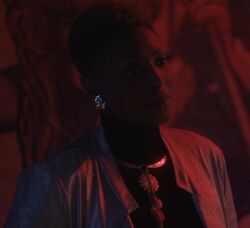 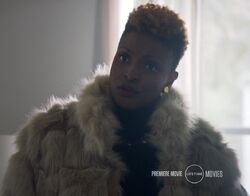 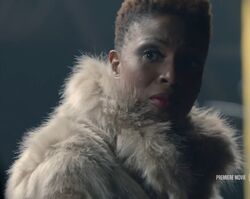 Add a photo to this gallery
Retrieved from "https://femalevillains.fandom.com/wiki/Desiree_Holt_(Secrets_of_the_Sisterhood)?oldid=205268"
Community content is available under CC-BY-SA unless otherwise noted.