Start a Wiki
watch 01:39
The Loop (TV)
Do you like this video?
Demonic Bidder (Gwendolyn Osborne) was a minor antagonist in the 2003 episode "Soul Survivor" for the TV series "Charmed".

The Demonic Bidder was one of the many demons present at the demonic auction organized by Zahn in order to auction off Paige Matthews' (Rose McGowan) soul and body.

The Demonic Bidder wore a black leather mini skirt and top, as well as black boots.

The Demonic Bidder made several successful bids, but was outbid as the price continued to go up.  The bidding was interrupted by the arrival of Phoebe (Alyssa Milano) and Piper (Holly Marie Combs).  After a Grimlock and a Female Demon (Justine A. Moore) were vanquished, several of the demons escaped.  It is unknown if the Demonic Bidder escaped or was vanquished herself. 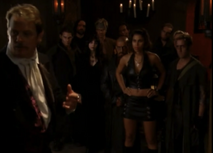 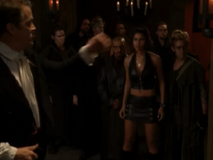 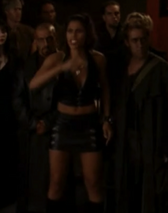 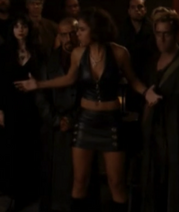 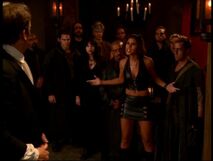 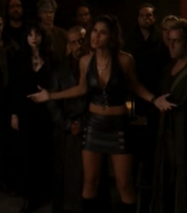 Add a photo to this gallery
Retrieved from "https://femalevillains.fandom.com/wiki/Demonic_Bidder_(Charmed)?oldid=121211"
Community content is available under CC-BY-SA unless otherwise noted.