Demona, (lit. "She-Demon"), voiced by Marina Sirtis, is a one of the primary antagonists of the Disney animated television series Gargoyles. She is consumed by a hatred of humanity and has attempted several times to destroy it.

Demona was a member of the clan at the Castle Wyvern, Goliath's mate and second-in-command. Like the rest of the clan, Demona originally had no formal name, though Goliath frequently referred to her as his "Angel of the Night". The two mated and eventually had a daughter, Angela, who would join the Manhattan clan 1000 years into the future. Resentful of human prejudice toward her clan, Demona conspired with the Captain of the Guard to betray the humans inhabiting Castle Wyvern to the Viking raiders. However, Demona failed to convince Goliath to get the gargoyles away from the castle - her end of the bargain - and the clan was slaughtered during daylight. When Goliath returned with Hudson, he was devastated to see the murder of his clan, which he believed included his mate. Demona abandoned the castle with the intent of coming back once he had calmed down, returning only to find the six survivors, including Goliath, under the Magus' stone sleep curse. This broke her heart, beginning the downward spiral in Demona's life of loneliness and pain.

Some time before 1994, Demona allied herself with David Xanatos gets him the Grimorum Arcanorum, and tells him about the spell put upon the Gargoyles at Castle Wyvern. This leads Xanatos to bringing the castle to Manhattanand waking up Goliath and the rest of the clan. Despite her and Xanatos's efforts to manipulate them, the clan refused to join her vendetta and actively opposes her. She later assisted Xanatos in resurrecting one of the dead Gargoyles from Wyvern, Coldstone, attempted to murder Elisa Maza, and also tried to exterminate humanity on numerous occasions; first by having Puck destroy them (which failed: he impishly "destroyed" the humans by turning them into gargoyles), and then used magic to turn them into stone during the night, allowing her to go on a vicious murder spree. When magic and sorcery failed, she turned to science by hiring geneticist and villain Anton Sevarius, to help create a virus that would destroy all human life on Earth. When she was invited to Xanatos and Fox's wedding as the bridesmaid, with Goliath as the best man, she attended, claiming that she needed to keep Xanatos as an ally for the time being. However, it was a plot to restore the Phoenix Gate. The four traveled back to 975 AD, where Xanatos would fulfill his own destiny while Demona showed her past self her clan frozen during the night. These events lead up to her hatred of humanity.

Demona is also granted a "gift" by the magical being Puck: after she requests that he make her able to walk in daylight without turning to stone, he devises and casts a spell that transforms Demona into a human at sunrise, and remains so during the day ("The Mirror") until sunset, when she transforms back into her "gargate" form. The transformation is incredibly painful and it hurts Macbeth when he is in proximity as part of their binding spell. Though initially furious at Puck's trick -she had wanted to be a gargoyle during the day, not a human- she realized the positive uses of her human form as she later took up the alias of Dominique Destine. Using the immense fortune and resources that she acquired over the years, she formed a company called Nightstone Unlimited and became its CEO. She uses the company to further her goals when she cannot as a Gargoyle. She allied herself with Goliath's evil clone Thailog to first, steal Macbeth's fortune, and when failing that, creating their own version of the Manhattan Clan through cloning. Though, the ever treacherous Thailog had other plans and betrayed her, leaving her for dead after a fight with the Manhattan Clan. She was later revealed to be alive. At the end of the show's run, she was still trying to successfully execute her ultimate plan of the destruction of the human race while trying to reach out to her daughter Angela, and win her over to her cause. 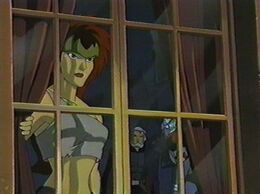 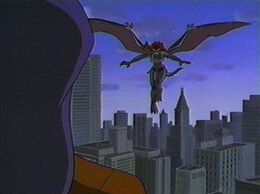 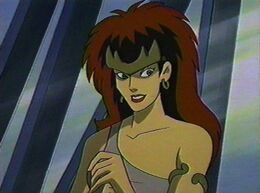 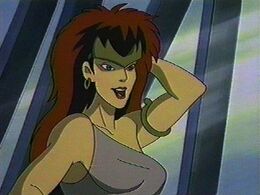 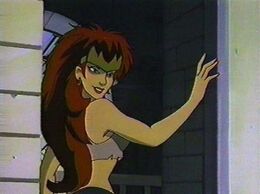 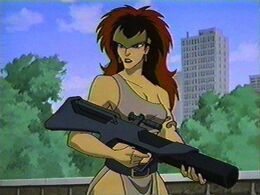 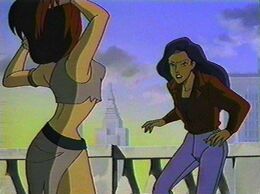 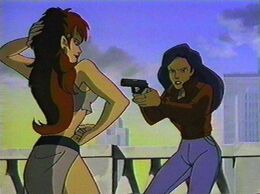 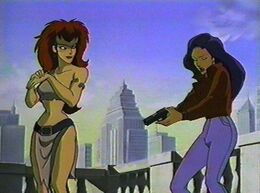 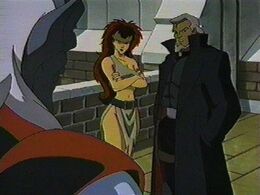 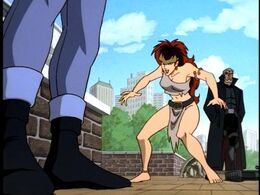 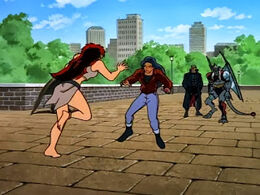 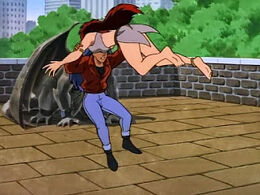 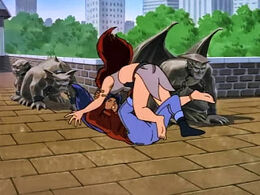 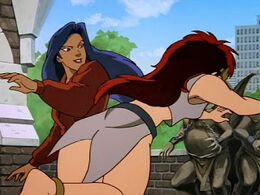 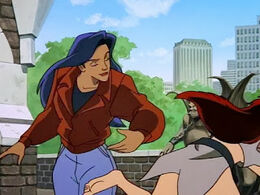 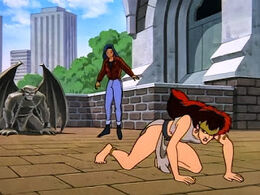 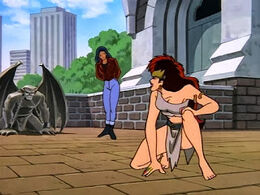 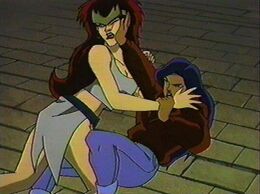 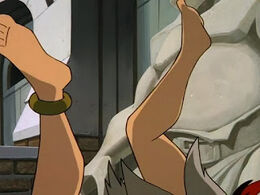 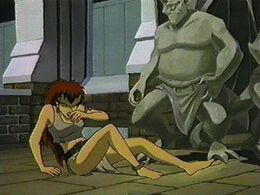 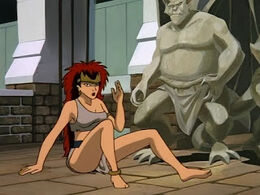 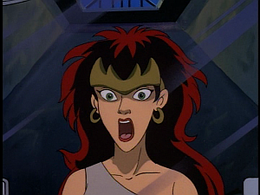 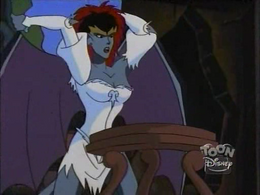 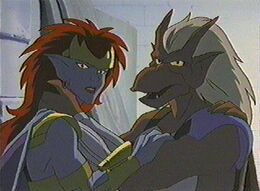 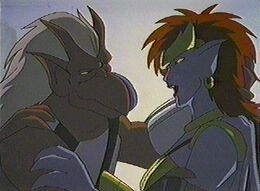 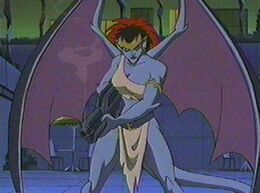 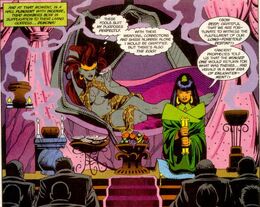 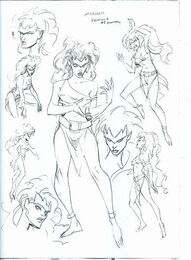 Add a photo to this gallery
Retrieved from "https://femalevillains.fandom.com/wiki/Demona_(Gargoyles)?oldid=183708"
Community content is available under CC-BY-SA unless otherwise noted.