Start a Wiki
watch 01:48
The Loop (TV)
Do you like this video?
Demeter, Queen of Mycenas (Rosalba Neri) is the evil queen in the 1963 Peplum film, "Conquest of Mycene", which is also known as "Hercules vs. Moloch".

After a bloody battle, the people of old Mycenae are exiled from their homeland and head for a distant land to start over.  Their statue of the God Moloch was destroyed, and their new Queen, a pregnant Demeter promises her dying husband, the King of Mycenae, that sacrifices to Moloch would stop in New Mycenae.  The dying King also asks the Queen to love her step-daughter Medea (Alessandra Panaro), as her own flesh and blood.

The new prince was born and the Queen and the Asterion, the High Priest (Nerio Bernard) decided to rear the new born as a living image of Moloch.  In the film, he wears a dog's head mask.

Twenty years later, the New Mycenae is now the strongest city in the land and its army regularly pillage and plunder other cities, provinces for gold, resources and their beautiful women to be sacrificed to Moloch.

Glaucus, the Prince of Tiryns (Gordon Scott) decides to infiltrate the city of Mycenae by letting himself be captured as a slave.  He is picked out from a group of slaves to become a star gladiator.  Queen Demeter notices him and befriends him.  Glaucus also introduces himself as Hercules in the story.  Glaucus gains status, and freely walks around the secluded inner sanctrum of the Temple.

Glaucus finds Medea in chains, and tells her his true purpose there.  General Penthius (Arturo Dominici) lets Demeter that he saw Glaucus and Medea in an embrace.  Demeter became livid, and told Medea that she has to marry Penthius or end up as a sacrifice to Moloch.  Medea refuses to marry a man she despises so she agrees to be sacrificed.

Glaucus was put into chains, and was set to be part of some life and death gladiator event in honour of Moloch.  Although Glaucus won the challenge, he ended up in a deep and narrow prison cell after the High Priest found out his true identity.

Glaucus manages to escape just as Medea is about to be sacrificed.  The sacrifice is taking place in order to end a crippling drought throughout the land.  However, during the ceremony, it begins to rain, and the High Priest is killed by a bolt of lightning.  In addition, Glaucus' army from his home city arrives.  A battle ensues, and the Mycenaen army is defeated.  Glaucus and his men quietly storm Mycenae.

Demeter is killed (off-screen) when the palace collapses upon her. Her death is confirmed when her slaves inform Glaucus. 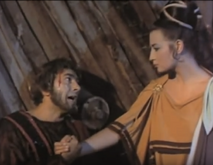 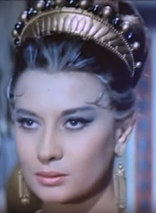 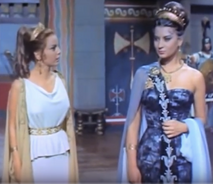 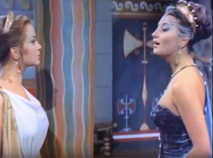 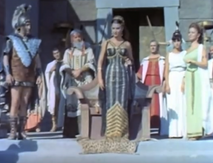 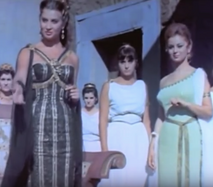 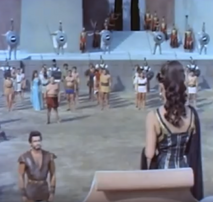 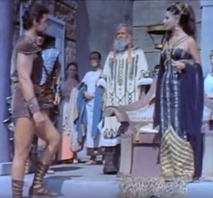 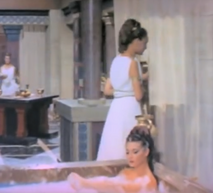 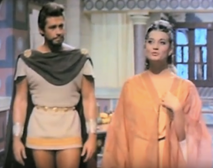 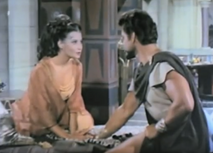 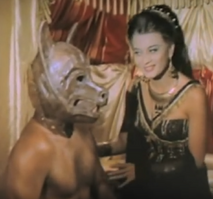 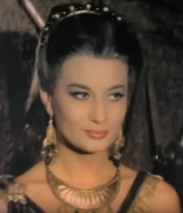 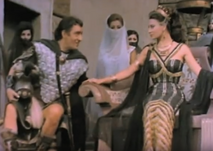 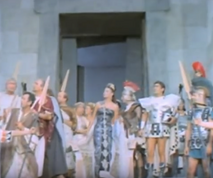 Add a photo to this gallery
Retrieved from "https://femalevillains.fandom.com/wiki/Demeter,_Queen_of_Micenas_(Conquest_of_Mycene)?oldid=178866"
Community content is available under CC-BY-SA unless otherwise noted.