Start a Wiki
watch 01:51
The Loop (TV)
Do you like this video?
Dalilah (Isela Vega) is an atagonist in the 1968 Mexican action comedy film “Las sicodelicas”, which translates to “The Psychedelic Girls”.

The film opens with a young man being chased down a beach by four women riding horses. They corner him, and shoot him dead in the surf.

Later, a masked wrestler is kidnaped during a match; the women take him up in a light plane and demand that he pay his "quota".  When he refuses, they tie him up and toss him out to his death.

The girls have their own personalities, Mireyra (Maura Monti) is sexy; Adriana (Amadee Chabot) is always wearing or carrying flowers; Dalilah (Isela Vega) has a drinking problem; and Patricia (Elizabeth Campbell) is the leader, is stern and efficient.

The four ladies are the "nieces" of Aunt Ermentrudis (Tamara Garina), who owns a funeral home. But this is only a front for her business named Seguros Internacionales de Proteccion, which is a protection agency for millionaires.  When the clients get tired of paying, they are killed (and their funerals are handled by Ermentrudis).

The young women are referred to as "sisters," although they are not related.  They are constantly berated by Ermentrudis for being too impulsive. She reminds them that she took them from a reform school.

Dalilah is a bit of a rebel, sneaking out of the dorm room the four sisters share to visit a nightclub where Los Shains perform. She is in love with the lead singer, Ringo Peniche (Jack Gilbert).

Their next victim is Máximo Billet, who is killed when he strikes an exploding golf ball. Billet's golfing partner is playboy private detective Arsenio Junker Tres Alas (Rogelio Guerra).  The detective begins to take an interest in the case. He is also attracted to Adriana, whom he had seen at the wrestling arena and golf course.

The four sisters rob a bank: Adriana distracts the guards, Dalilah goes into the vault, Patricia gets money from a teller, and Mireyra holds the president's interest by removing her fur coat to reveal her naked torso. In addition, it appears that Mireyra knocks out the bank president’s secretary (Ana Maria Vargas).

The young son of another defaulting "client" is taken to the bullring on his ranch the ladies do not allow him to get out.  He is gored by a bull as his wife looks on.

Arsenio bumps into Adriana on a beach; she invites him to a party on the yacht of Praxedes Linotipo. Praxedes is another "client," and is in love with Patricia. The day after the party, Praxedes refuses to pay protection unless Patricia marries him. She agrees, but instead puts a bomb in his martini and blows up the yacht.  Patricia swims to safety, and is picked up by Mireya in a speedboat.

The senator has reneged on his deal, so Adriana and Dalilah pay him a visit and poison him. As they leave, they pass Arsenio in the hallway, as he has been hired to guard the senator. At the senator's wake, Dalilah comes in drunk and singing "Happy Birthday" in English. She's upset because Ermentrudis told her to murder Ringo Peniche, whom she is still in love with. That night at the club, Dalilah can't do it,  Patricia forces Dalilah to flip the switch, electrocuting Ringo via his microphone as he sings.

Arsenio and Adriana are shown reclining on his bed, and Arsenio has his shirt off.  He gives her a small antique alarm clock as a keepsake. What he doesn't know is that his assistant broke his clock and inadvertently replaced it with a powerful time bomb from Arsenio's collection of weapons. Adriana takes the clock home, and the four sisters are awakened by a strange sound.  It turns out that the noise is the ticking of the clock, and then the bomb explodes.

The film ends with a multiple funeral. Arsenio spots the four coffins, and when he sees one with daisies on it (signifying Adriana), he runs away. 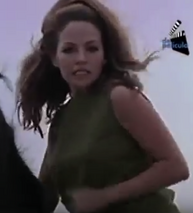 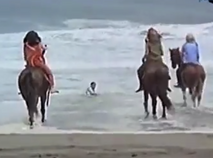 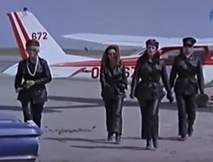 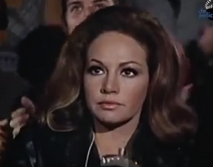 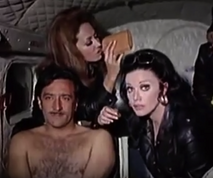 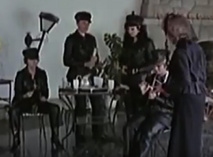 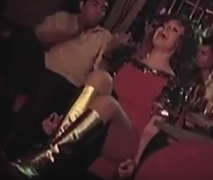 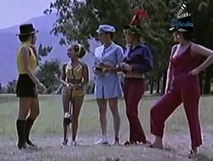 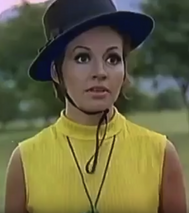 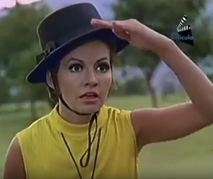 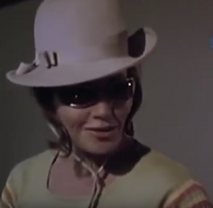 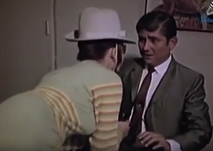 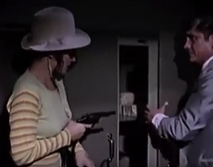 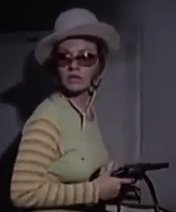 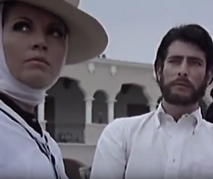 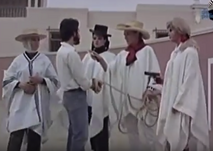 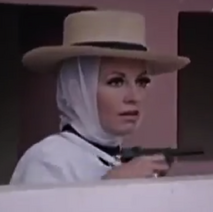 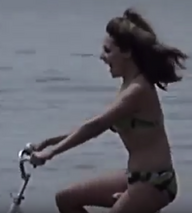 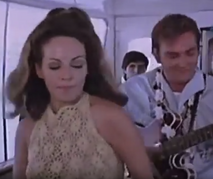 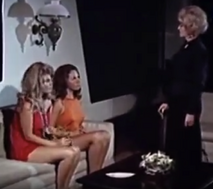 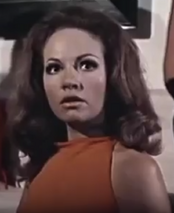 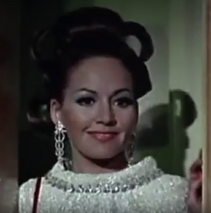 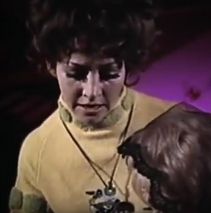 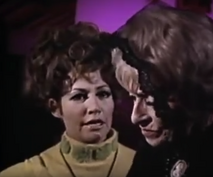 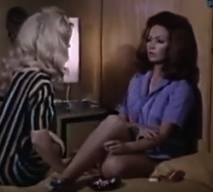 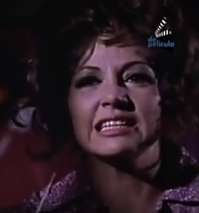 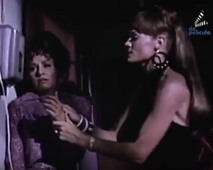 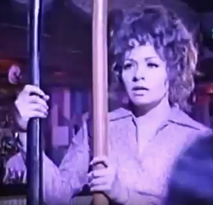 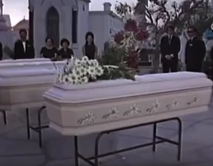 Add a photo to this gallery
Retrieved from "https://femalevillains.fandom.com/wiki/Delilah_(Las_Sicodelicas)?oldid=179454"
Community content is available under CC-BY-SA unless otherwise noted.