Start a Wiki
watch 01:51
The Loop (TV)
Do you like this video?
Queen Deela (Kathie Browne) was the antagonist in the 1968 episode "Wink of an Eye" for the TV Sci-Fi series "Star Trek".

Deela was queen of the Scalosians, whose inhabitants had undergone acceleration in their biochemistry so that their hours were like normal minutes. Scalosian males were also made infertile due to the radiation sickness. The five last Scalosians {3 males/2 females] hijacked the USS Enterprise in 2268. They planned to use the ship's male crew as a gene pool so her species could continue.

Deela was attracted to Capt. James Kirk, and wanted him as her consort.  Therefore, she accelerated him to her level, causing him to vanish from the Enterprise crew's view. Deela informed him that the Scalosians planned to cryogenically freeze the crew of the ship so that they would have a ready gene pool to populate their race. A large number of individuals were required for the plot to be successful since hyper-acceleration caused rapid aging and death if the subject became injured.

Deela's lover, Rael, became jealous of Kirk because he believed that Deela had feelings for him. Rael tried to kill Kirk, but Deela stopped him. Kirk, along with the help of Spock, was able to stop her plan and reverse the effects of the hyper-acceleration on themselves. Deela and her people however were returned to Scalos with their problems still unsolved. AS their planet will be quarantined, it is presumed the race will die out. 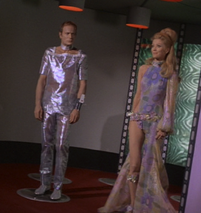 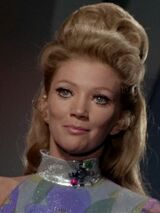 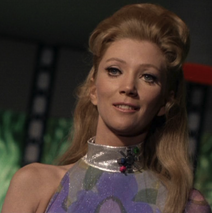 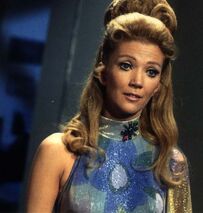 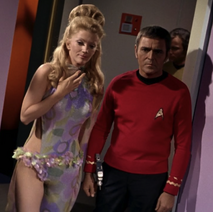 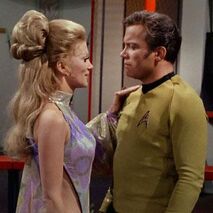 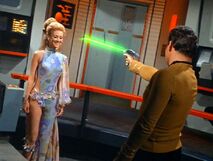 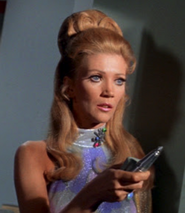 Add a photo to this gallery
Retrieved from "https://femalevillains.fandom.com/wiki/Deela_(Star_Trek)?oldid=190892"
Community content is available under CC-BY-SA unless otherwise noted.