Start a Wiki
watch 01:48
The Loop (TV)
Do you like this video?
Dawn Stiles (Beatrice Rosen) is an antagonist in the 2005 episode "Spirit" for the TV series "Smallville".

Dawn Stiles was a student at Smallville High School.  She was a popular and controlling snob, who was described by her boyfriend as having an annoying high-pitched voice.  Dawn was bossy, domineering and conceited, and earned the contempt of most people in her school.  She was also shown to be somewhat lacking in intelligence, despite often describing herself as a genius.  Despite all of her self-proclaimed superiority, she was deeply insecure, and sought approval from her peers.

Dawn was enraged when she discovered that Chloe Sullivan (Allison Mack) was nonimated prom queen.  Shortly after, her boyfriend Billy Durden (Jesse Hutch) dumped her and she was left without a prom date.  While perusing potential new dates, Dawn drove her car into Carlton Gorge, which contained meteor rocks.  She was put into a coma, but acquired the ability to travel out of her body and to transfer her spirit into other people through physical touch.

She astral-projected her spirit from her body and took over the body of Martha Kent (Annette O'Toole).  As Martha, she says she believes Clark and Lois are together, which disgusted them as well as Lana Lang (Kristin Kreuk).  Dawn also insults Lana while in Martha's body. She then used Lana's body to attempt to electrocute her ex-boyfriend, then jumped into the body of one of her former friends, Harmony (Kandyse McClure).  As Harmony, she went to see her own body, unconscious and disfigured at the hospital, and transferred into the body of the Admissions Nurse (Rebecca Reichert) to kill it.

Dawn later gained possession of Lois Lane (Erica Durance) to convince Clark Kent (Tom Welling) to take her to the prom, wearing a dress Lois would never wear. She then took control of Chloe's body when she was announced Prom Queen and made a speech about how Dawn Stiles really deserved the crown. The crowd responded with boos, so Dawn got angry and attempted to burn the school down as Chloe. However, Clark Kent figured out that Chloe was possessed and tried to stop her. Dawn took possession of Clark, and knocked Chloe to the ground with Clark's super-strength. Before she could complete her plan, Jonathan Kent (John Schneider) forced her spirit out with a piece of green Kryptonite, the pain of the kryptonite apparently forcing Dawn out of Clark and causing her to 'pass on' to whatever afterlife awaited her after the death of her original body. 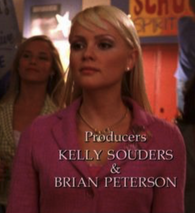 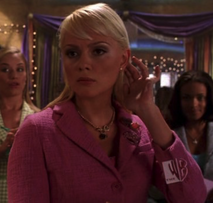 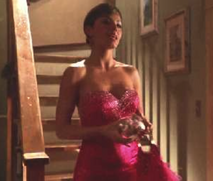 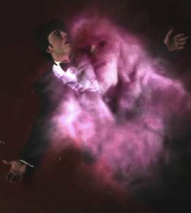 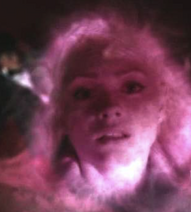 Add a photo to this gallery
Retrieved from "https://femalevillains.fandom.com/wiki/Dawn_Stiles_(Smallville)?oldid=186744"
Community content is available under CC-BY-SA unless otherwise noted.