Darla was born in Britain in the late 16th century.  She emigrated to the Virginia Colony where she became a prostitute.  While she was dying of syphilis, she was turned into a vampire by The Master (Mark Metcalf).  She quickly became one of his favorite henchwomen and he viewd her like a daughter.  Over the years she killed many innocent people for fun before being intrigued by a boy named Liam.  She sired him and he became the infamous Angelus (David Boreanaz).  At her urging, Angelus murdered his family and everyone else in his village.

The two became infamous together with Darla leaving The Master.  Together, they killed Daniel Holtz's family because he was a famous vampire hunter.  They were then joined by Spike (James Marster) and Drusilla (Juliet Landau) becoming known as The Whirlwind.  Darla brought Angelus a gypsy girl to feed on.  This led them to curse Angelus with a soul.  Darla noticed his odd behavior and figured it out causing her to abandon him.

Darla then rejoined The Master and assisted with his plans in Sunnydale before running into the ensouled Angel who killed her after she attacked Buffy's mother, Joyce Summers (Christine Sutherland).  Wolfram and Hart resurrected her a few years later to turn Angel back to his dark side.  Angel encountered her and she claimed to be someone else.  It turns out that she was revived as a human and she now had a soul also.  The plan failed and they had Drusilla turn her back into a vampire. Darla and Drusilla went on a rampage across Los Angeles and attempted to attack Angel but failed.  The two of them left with Darla returning and sleeping with him in an attempt to turn him evil again.

Darla discovered that she was pregnant and south out help for this to figure out why.  No one was able to tell her how it occurred so she returned to Los Angeles and told Angel what was going on.  Darla shared a sould with her child prompting her to attack an innocent boy so she could share the blood wiht her unborn son.  Darla appeared to be having difficulties giving birth an dher son would most likely not survive.  Daniel Holtz had been put into suspended animation and awakened was seeking to take the child for himself.  With this Darla staked herself in order to make sure her son survived.  Darla turned to dust by her son survived.

Later, Darla visited her son Connor when he was under the influence of Jasmine (who had possessed Cordelia) begging him not to help her kill an innocent girl.  Connor ignored his mother when Jasmine told her that she was lying to him.  He then dragged the girl to Jasmine and killed her.  Darla then vanished after that because she had been unable to stop her son from helping Jasmine. 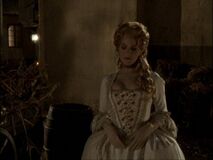 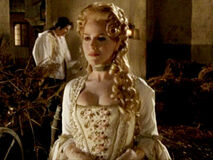 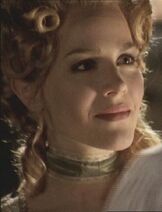 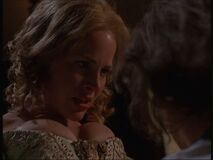 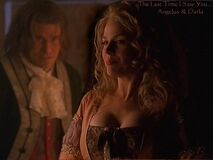 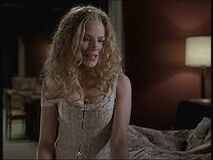 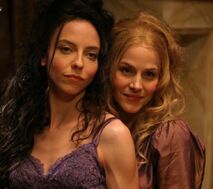 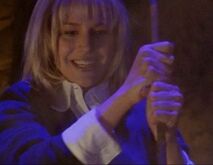 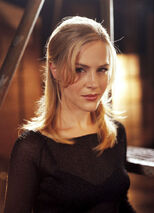 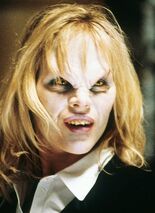 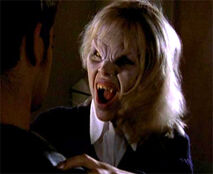 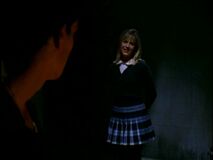 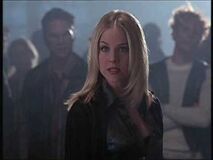 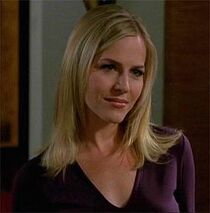 Add a photo to this gallery
Retrieved from "https://femalevillains.fandom.com/wiki/Darla_(Buffy_the_Vampire_Slayer/Angel)?oldid=166282"
Community content is available under CC-BY-SA unless otherwise noted.