Dantalian is a powerful Dark Priestess and a reluctant servant to the Source of All Evil.  Tired of her position and granting power to others, she manipulated the warlock Zile into doing her bidding.

She sent a warlock after Prue Halliwell, in hopes of seducing her into a dark wedding and turning her evil.  She made a potion that would paralyze Prue and render her unable to fight once Zile tricked her into his lair. Her real plan, however, was to possess the Book of Shadows. By this time, the Charmed Ones' magic had become so closely intertwined that if one sister turned evil, the other two and the book itself would turn evil as well. Zile thought that Dantalian was merely helping him get the power of the Charmed Ones, but didn't find out Dantalian had other ideas until she kissed him with the potion on her lips and knocked him unconscious.

Dantalian's plan worked, as the binding ceremony not only turned Prue into a warlock, but also turned Piper and Phoebe nto warlocks. The evil flowed to the Book of Shadows and Dantalian was able to take hold of it. Piper and Phoebe caught her and briefly tortured her, even freezing and shattering her hand. However, she was able to escape with the book when Leo distracted Piper and Phoebe.

In revenge, Dantalian tried to kill Prue with a spell. However, Piper and Phoebe were able to track her down by using their newfound blinking ability to focus on Prue. Dantalian cast a spell on both Zile and Prue, which awakened them and turned them into her slaves. However, Piper froze Zile and shattered him, restoring the Charmed Ones and the book to good. Dantalian became afraid and tried to run away, but Piper froze her in her tracks. The sisters then found a spell in the book to vanquish the priestess. 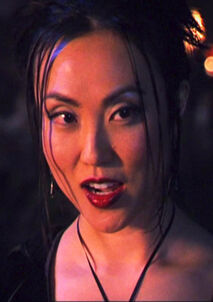 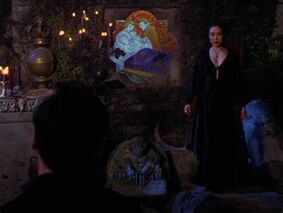 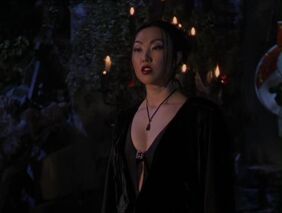 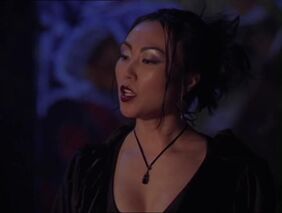 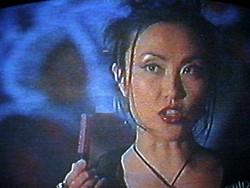 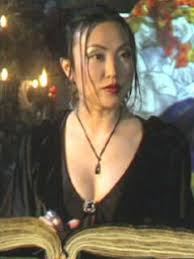 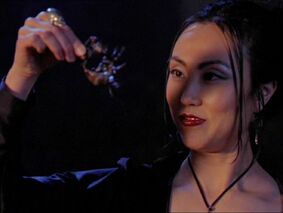 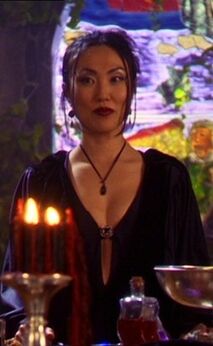 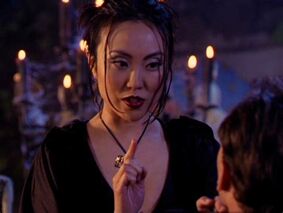 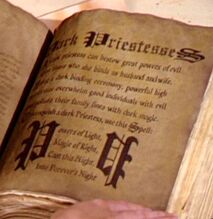 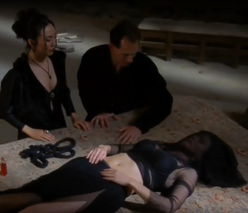 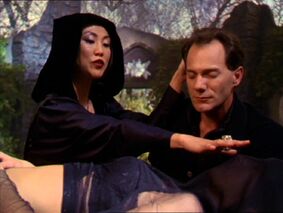 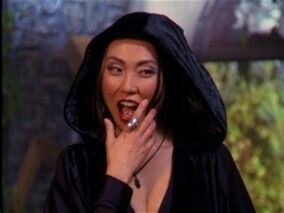 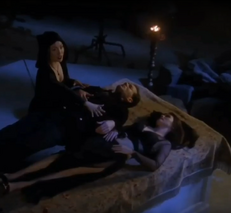 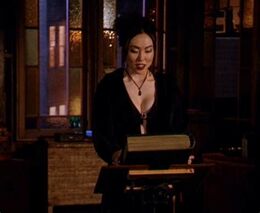 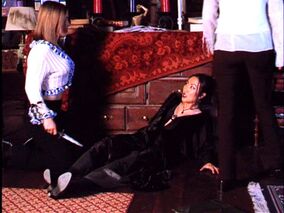 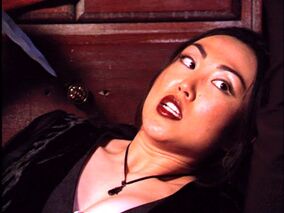 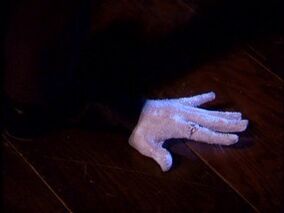 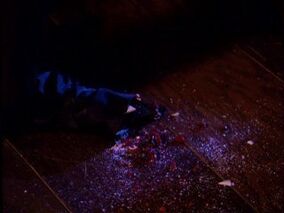 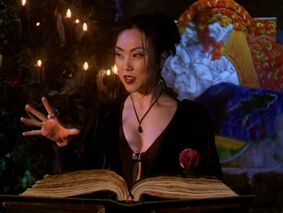 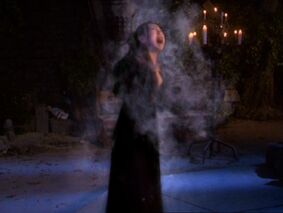 Add a photo to this gallery
Retrieved from "https://femalevillains.fandom.com/wiki/Dantalian_(Charmed)?oldid=185633"
Community content is available under CC-BY-SA unless otherwise noted.