Start a Wiki
watch 01:48
The Loop (TV)
Do you like this video?
Danielle Atron (Louan Gideon) is the corrupt owner/CEO of the Paradise Valley Chemical Plant, and Alex's main nemesis. She is the main antagonist in The Secret World of Alex Mack.  She appeared in 40 episodes from 1994-1998.

Danielle owns much of Paradise valley and is responsible for providing much of its income, as such, there are plenty of people only too happy to look the other way if it means staying on her good side.

She wants to market GC-161 as a radical new weight-loss drug, and has made it her mission to find the GC-161 child (whom she does not know is Alex) and capture her, as both a test subject and a threat to the secrecy of her plans. At the final episodes, she finally finds out the child she's been trying to find for several years now is Alex Mack. She and her henchmen captured Alex and her family and imprisoned them in the plant because they wanted to get rid of the evidence. At the same time, Danielle was just moments away from releasing her GC-161-enhanced weight-loss drinks to the public, having already sold it for a staggering $1,000,000,000, Atron transfers the money to a Swiss bank account and intends to escape the country.

The evil CEO prepares to erase all evidence of her crimes by blowing up the Plant along with the Macks, she had her henchmen set explosives and evacuate the plant. However, Alex, her family, and friends escape just in time before the explosion. A helicopter comes to pick up Danielle but Hunter barely manages to stop her from leaving and when the authoritys show up Danielle is finally arrested for her crimes. 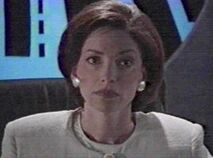 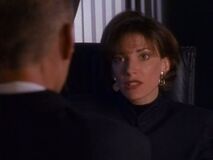 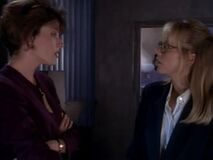 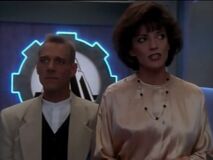 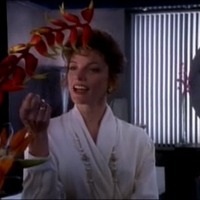 Add a photo to this gallery
Retrieved from "https://femalevillains.fandom.com/wiki/Danielle_Atron_(The_Secret_World_of_Alex_Mack)?oldid=121673"
Community content is available under CC-BY-SA unless otherwise noted.