Start a Wiki
watch 01:51
The Loop (TV)
Do you like this video?
Danielle / Voodoo Queen is a villainess played by Simone Kessell in the 2001 episode “Voodoo Queen” of the TV series The Lost World.

Danielle is a woman stranger who manages to seduce Lord John Roxton (William Snow). She tells a harrowing tale of Trogs attacking and taking over her village. Seeking refuge at the Treehouse, she manages to charm the men but arouse suspicion from the women. Danielle steals personal items from each of the heroes, and crafts a voodoo doll of Roxton, putting him in her control.

Danielle lures Roxton back to her village, where it turns out, she is the one who controls the Trogs and an army of zombies. When the others discover that Roxton has been enslaved, they quickly devise a plan to infiltrate the village and rescue him. She uses these physical objects to cause them sickness, and creates zombies with her magic. Danielle burns Roxton’s arms, and tries to kill Veronica (Jennifer O'Dell) and Marguerite (Rachel Blakely).

Back at her village, the Trogs (zombie slaves) regain their sanity, and turn on their voodoo master, with vicious results. Her tribe kills her. At the end, Roxton attempts to break away from his friends’ grips and save Danielle from a terrible death at thehands of the Trogs. 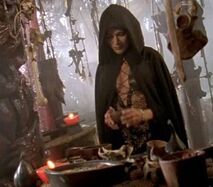 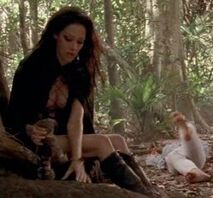 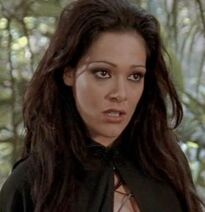 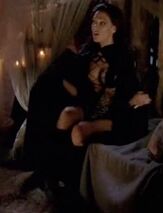 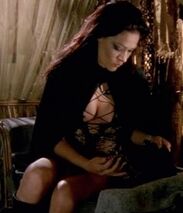 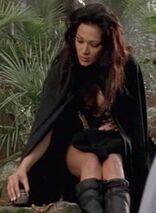 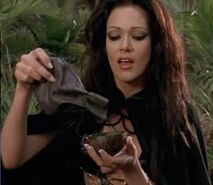 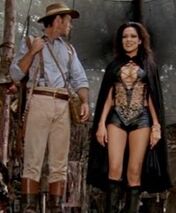 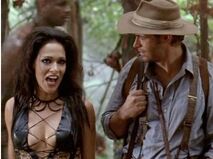 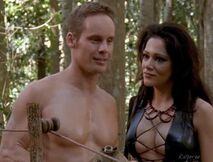 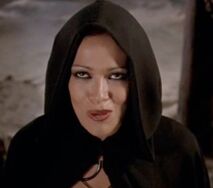 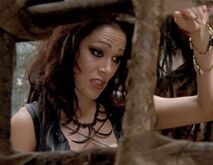 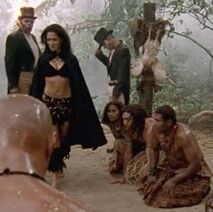 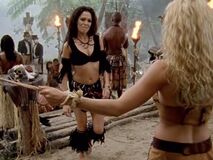 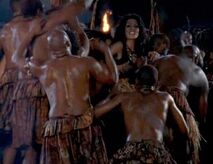 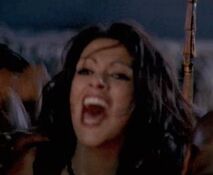 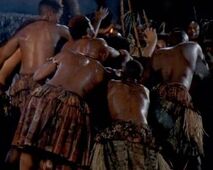 Add a photo to this gallery
Retrieved from "https://femalevillains.fandom.com/wiki/Danielle/Voodoo_Queen_(The_Lost_World)?oldid=180686"
Community content is available under CC-BY-SA unless otherwise noted.