Daniela aka Adaline (Tiera Skovbye) is the villainess of "The Wicked Cat", episode 1.09 of The Hub Network's Spooksville (airdate December 7, 2013). She was born with the name Adaline and was the best friend of Eliza Templeton, the great-granddaughter of Ann Templeton's ancestor Madeline.

When Adaline began a relationship with a village boy, Eliza became jealous. After her dark magic abilities failed to win her the boy's love, Eliza tricked Adaline into becoming her "familiar", transforming her into a cat forced by magic to do Eliza's bidding. Eliza also left the boy chained up in a cave to die, where Adaline spent presumed decades hiding.

In the episode's events, a lightning strike freed Adaline from the cave, and it was then that she began a plot to use Ann to take revenge. After running into protagonist Adam Freeman and his friends (Watch Waverly and Sally Wilcox) in her cat form, Adaline tricked Sally into becoming her familiar, turning her into a cat and allowing her to take human form. She joined Adam and Watch at the diner, claiming to be a friend of Sally's named Daniela and claiming Sally was busy with something else, later joining them as they looked for her. While at the library, Daniela responded to Adam refuting Watch's claims that Ann could potentially be evil by arguing that Ann was in fact evil for coming from a family of witches, detailing Eliza's betrayal of Adaline.

After Watch found the cat form of Sally and he and Adam realized that Daniela was behind the transformation, Adam joined Daniela for a walk on the beach while Watch brought Sally to Ann to turn her back to normal. During their walk, Daniela brought Adam to the cave, showing him her lover's skeleton corpse before attacking and knocking out Adam. Daniela later put Adam in chains and revealed her plan to bury him alive, stating that she wanted to take away someone Ann loved as revenge against Eliza (having previously learned that Ann had a crush on Adam).

Later on, Watch and Ann arrived at the cave with Sally in tow, with Daniela revealing that she had been expecting them to arrive. Ann then attempted to reason with the wrathful Daniela, telling her that she understood the pain Eliza's actions put her through and assuring her that she was nothing like her villainous ancestors. But despite this, the evil Daniela proclaimed that she would turn out like them in time before attacking Ann and morphing into her cat form. After freeing Adam from his bonds, Ann (with help from Watch and Sally) was able to subdue Daniela/Adaline by trapping her inside a cage, during which time the villainess was shrunken down to the form of a kitten. 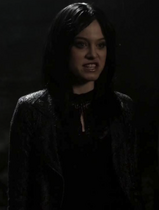 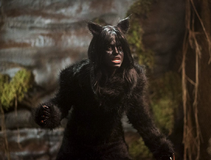 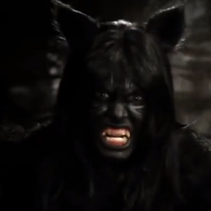 Daniela in her cat form
Add a photo to this gallery
Retrieved from "https://femalevillains.fandom.com/wiki/Daniela_(Spooksville)?oldid=194600"
Community content is available under CC-BY-SA unless otherwise noted.