Start a Wiki
watch 01:48
The Loop (TV)
Do you like this video?
Danica Talos (Parker Posey) is a main villainess in the 2004 horror film "Blade: Trinity".

Danica Talos is a vampire and the mistress and CEO of the House of Talos, a vampire sect and coporation that controls a major pharmaceutical enterprise.  She and her followers are responsible for reawakening the ancient vampire patriarch Dracula in order to kill Blade (Wesley Snipes) and bring about vampire dominance over the Earth.

After discovering Dracula's tomb in Syria, Danica awakened the ancient vampire along with Asher and Jarko in the hopes that he could kill Blade.  She also wishes to use the progenitor's blood in order to eliminate the various hereditary weaknesses inherent in modern vampires such as sunlight and silver.

Danica devises a scheme to frame Blade as a mass murderer in the eyes of the law, manipulating her Familiars in the police.  This results in Blade's capture.  However, he is soon after freed by the Nightstalkers led by Danica's former lover and underling Hanibal King (Ryan Reynolds).

With the Nightstalkers interfering with Danica's operations, Drake (Dominic Purcell) goes in search of their base.  After he kills most of the hunters and abducts Zoe Sommerfield (Natasha Lyonne) and a wounded King, he brings them to Danica's lair where she tortures King.  Danica also threatens to bite him again and turn him back into a vampire.

When Blade and Abigail Whistler (Jessica Biel) invade her lair, Danica sends her full force to kill them.  King is freed and joins in the battle.  While Blade is busy fighting Drake, King confronts Danica, she gains the upper hand and incapacitates him.  Danica gloats as she is aobut to choke the life out of him, but her victory is snatched away at the last moment as Blade injects Drake with the Daystar virus.  Drake exhales a cloud of infected blood which spreads throughout the lair, infecting and kiilling every vampire in the building.  Danica is infected as well and starts to choke and slowly disintegrate as Daystar ravages her body. 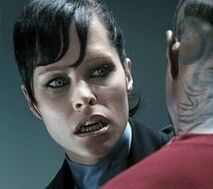 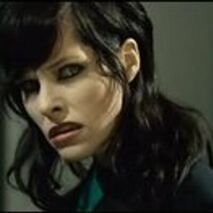 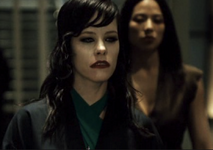 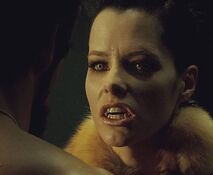 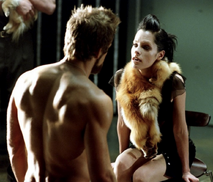 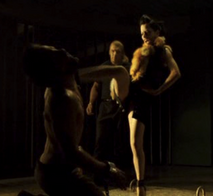 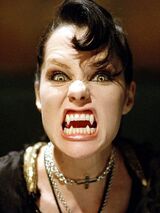 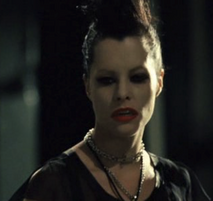 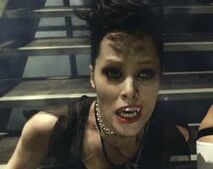 Add a photo to this gallery
Retrieved from "https://femalevillains.fandom.com/wiki/Danica_Talos_(Blade:_Trinity)?oldid=124817"
Community content is available under CC-BY-SA unless otherwise noted.