Dana Walsh, whose real name was Jenny Scott, was a senior data analyst at the newly founded CTU New York.  Walsh was secretly working with the Russian Government, spying and providing them with information while, for the most part, retaining her cover.  The Russians were plotting to assassinate Omar Hassan.  Once her cover was blown she was tortured, yet broke free once again.  She was found and forced by Jack Bauer to disclose her evidence to him about the Russian Government's involvement.  In a sign of cold blooded revenge, Bauer killed Walsh, probably in part due to her actions leading to the death of Renee Walker. 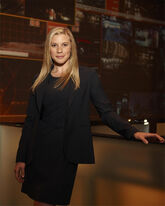 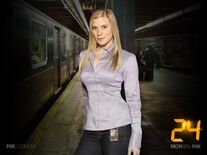 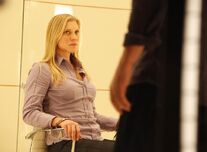 Add a photo to this gallery
Retrieved from "https://femalevillains.fandom.com/wiki/Dana_Walsh_(24)?oldid=213395"
Community content is available under CC-BY-SA unless otherwise noted.