Start a Wiki
watch 01:51
The Loop (TV)
Do you like this video?
Cyber Cat is a major antagonist in the 1999 Nintendo Game Boy Color action game "Catwoman" by developer Kemco.

Cyber Cat is hired by Ra's al Ghul to steal a crystal skull on display in the Gotham City Museum, so that he can use it's power to complete a weapon capable of destroying an entire city. Catwoman ultimately defeats Cyber Cat, but the villainess remains loyal and refuses to say just who she is working for. 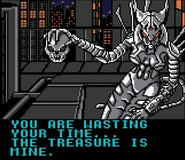 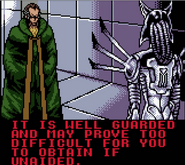 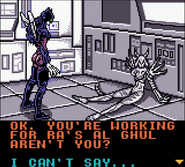 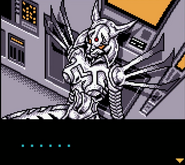 Add a photo to this gallery
Retrieved from "https://femalevillains.fandom.com/wiki/Cyber_Cat_(Catwoman)?oldid=184909"
Community content is available under CC-BY-SA unless otherwise noted.