The Crone has switched bodies with the beautiful 24-year-old Terry Warbell (Julie Gregg).

On the way to work, Darrin Stephens (Dick York) has a meeting with Terry Warbell, who introduces herself to him, and tells them that they will be working together. Terry is the daughter of Jay Warbell (Robert F. Lieb), who is one of the most important clients of McMann and Tate, Darrin's company. Terry has just recently been made advertising manager of her father's firm. Darrin gives Terry a ride to his office, and it is obvious that she is developing a crush on him. She asks Darrin to lunch. At first, Darrin tells her that he has a lunch date (which is the anniversary of Darrin's and Samantha's first meeting). She pleads with him, and his boss, Larry Tate demands that he take her out because their account with the Warbell's is more important than a lunch date with Samantha (Elizabeth Montgomery). Darrin then calls Samantha and cancels their lunch date.

Samantha's mother, Endora (Agnes Moorehead) is suspicious of Darrin's intentions and spies on Darrin and Terry at the office. She notices something suspicious about her when asked a question by Darrin's secretary. Endora puts on a disguise and asks Terry some questions about the new fall fashions coming out, and she doesn't have answers to her questions. This is very strange, since her father's company is in the fashion business.

An old woman shows up at the Kravitzes house, and told them her name was Terry Warbell and she was 24 years old. Gladys Kravitz calls Samantha, and she brings the old woman back to her house. She tells Samantha and Endora that she had been driving in her car at 6AM when an old woman waved at her and she stopped. She stole her body, and drove off in her car.

Endora surmises that the woman with Darrin is really The Crone of Cawdor. Endora reminds Samantha that as a little girl, it was one of her favorite bedtime stories. Samantha recites the story that the Crone of Cawdor was turned into a hag and had to live all alone on a mountain peak in Carpathia. She went on: "When the earth turns once around the sun, let the Crone go forth 'til the day is done. Another's form she'll take, and her form leave, from six in the morn 'til six in the eve. And in this guise if she can secure a willing kiss from a mortal pure; to her will pass the mortal's youth; to him will pass her age forsooth." Therefore, the Crone's mission is to be kissed by a mortal before the end of the 12 hours. If she is successful, she will switch ages with the kisser permanently, meaning that if Darrin kisses her, he'll turn 500 years old!

With this new information, Endora convinces her daughter to join her in spying on the lunch date. However, they did not go to the restaurant, and instead went to Terry's apartment. At the apartment, Terry tries to get Darrin to sit next to her on the couch in order to put the moves on him. Darrin is extremely uncomfortable, and tries to keep the conversation on business, while Terry tries to move in for the kill. Samantha shows up at Jay Warbell's office in order to find the location of his daughter's apartment.

Back at her apartment, Terry has become desperate, since it is getting closer to the 6 PM, where she has to be kissed. She rips up the plans and pleads for Darrin to kiss her, despite Darrin telling her he was a happily married man. Samantha shows up, and Darrin is shocked, believing that she doesn't trust him. Samantha tells Darrin that she trusts him, but doesn't trust that woman. After Samantha tells Darrin who and what she really is, he doesn't believe her, and the woman tries to deny it. The clock strikes 6PM, and Darrin decides to kiss her in order to teach Samantha a lesson. However, just when the last chime is sounded, The Crone's body is switched back, and Darrin is horrified.

Back at the Stephens house, the real Terry Warbell is back to normal. The Kravitzes show up and find Terry Warbell sitting in the same chair The Crone's body was sitting in. Abner Kravitz is furious with Gladys and takes her home.

Terry Warbell was confused, and Samantha convinced her it was amnesia. She then made arrangements to meet with Darrin to go over the plans that Darrin has for her father's company the next day. Samantha orders dinner from the same restaurant they were supposed to have lunch at for their anniversary of their first meeting, and she and Darrin kiss. 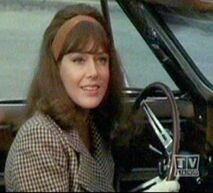 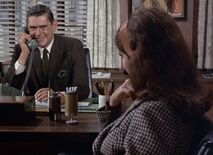 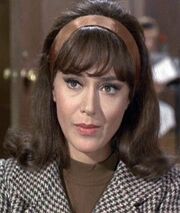 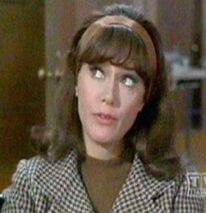 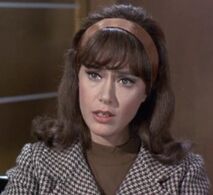 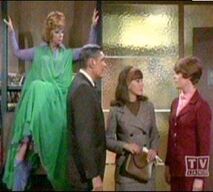 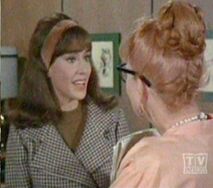 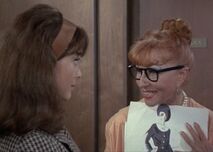 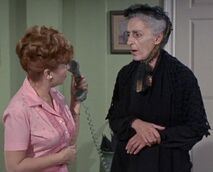 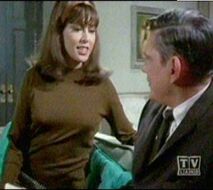 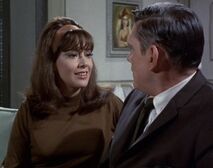 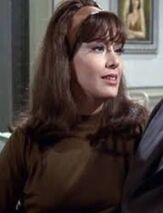 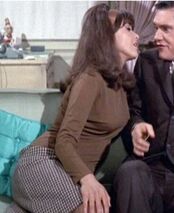 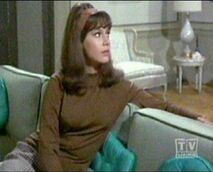 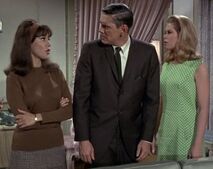 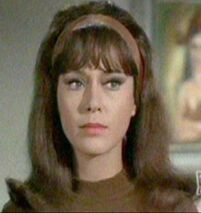 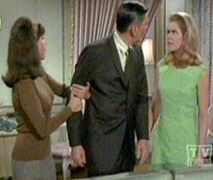 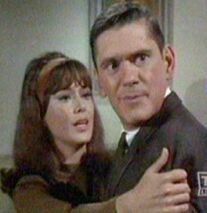 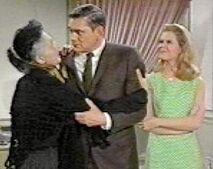 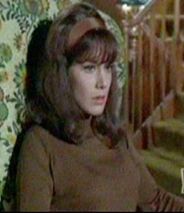 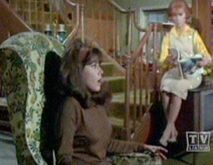 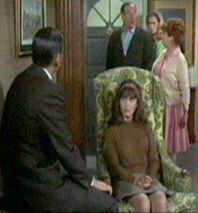 Add a photo to this gallery
Retrieved from "https://femalevillains.fandom.com/wiki/Crone_of_Cawdor_(Bewitched)?oldid=189133"
Community content is available under CC-BY-SA unless otherwise noted.