The story takes place in 17th-century Hungary. The recently widowed and cruel Countess Elizabeth is not happy when she learns that she must share her husband’s estate with her pretty daughter Countess Ilona (Lesley-Ann Down). Elisabeth is an aging, foul-tempered countess. Later that day, her chambermaid, Teri (Susan Brodrick), cuts herself accidently. Her spattered blood hits the countess on her face. And, where it lands, her skin suddenly rejuvenates.

With her nurse Julie Szentes (Patience Collier) as her accomplice, she uses this to become a beautiful and younger version of herself, by killing other local women and bathing in their blood. Also helping her is Captain Dobi (Nigel Green), the castle steward, who has long been in love with her. He sets up the kidnapping of Ilona, and places her for safe keeping in the woods. With her new found youth appearance, Elizabeth poses as Ilona. She falls in love with the handsome young Lt. Imre Toth (Sandor Eles) the son of a military man that was close friends with the her husband. Elisabeth seduces him, but her youthful beauty can only be retained by continuously using the blood of girls, and we eventually learn; they can only be virgins. She finds this out when she is brought the local bar tramp from the Shepperd's Inn, Ziza ((Andrea Lawrence), whose blood has no effect on her.

Grand Master Fabio (Maurice Denham), the castle historian, becomes suspicious about Elisabeth. In the meantime, Elisabeth kills more virgins, from peasant girls to the servant girls in the palace. Fabio learns the truth and tries to tell Toth the truth about his lover. However, Dobi kills him before he can. He then shows Toth Elisabeth to jade him away from her. Elisabeth's addiction to blood and beauty rapidly consumes her, and she starts to become mad. This ultimately leads to her downfall, when her secret is revealed during her own wedding. Ilona arrives home, while Elisabeth grows old again and tries to kill her daughter. She ends up killing Toth instead. Elisabeth, Dobi, and her nurse are sentenced to death for their crimes and are last seen awaiting the hangman in their cell. In the last scene, the peasants curse her as "devil woman" and "Countess Dracula".

Countess Dracula is very loosely based on real life Countess Elizabeth Bathory (1560-1614), a legendarily evil, Hungarian woman. Elizabeth was a 16th century noblewoman, who owned land in the Kingdom of Hungary (now Hungary and Slovakia) as well as Transylvania (now Romania). She was responsible for the slaughter of over 600 women, and is labeled by Gunness World Records as the most prolific female murderer. These deaths involved torture and gruesome methods of killing, as well as having the Countess bathe in their blood. She believed that the blood of virgins would keep her young and beautiful. She was eventually found guilty of these heinous acts and walled up inside her own castle. 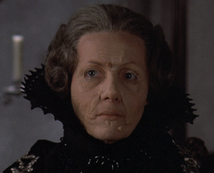 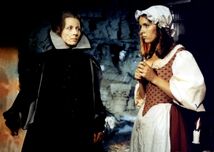 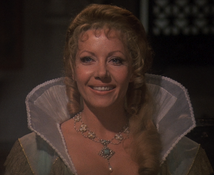 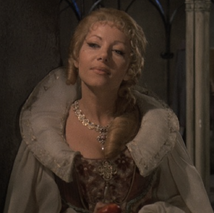 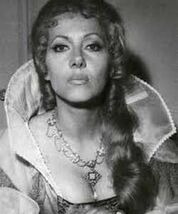 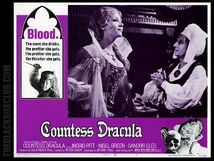 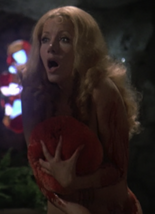 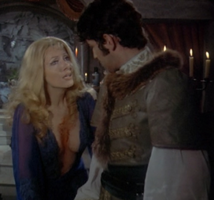 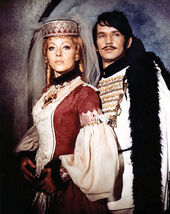 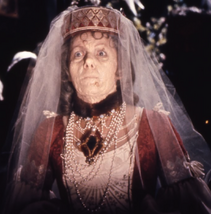 Add a photo to this gallery
Retrieved from "https://femalevillains.fandom.com/wiki/Countess_Elisabeth_(Countess_Dracula)?oldid=166351"
Community content is available under CC-BY-SA unless otherwise noted.