Countess Dolingen de Vries (Rosalba Neri) was the villainess for the 1973 Italian horror film, "The Devil's Wedding Night".  At the time of this film, Rosalba was going by the name of Sara Bay.

The sexy and evil Countess Dolingen de Vries is also known as Lady Dracula in the film.  The Countess every year sacrifices five virgins in order to appease Satan and retain immortality.  In addition, she regularly bathes in the pure maidens' blood to keep her youthful beauty.  In one scene, the Coutess lays in a coffin, while Lara her maid servant zombie pours a pitcher of fresh blood over her naked body.  In other scenes, the Countess turns into a bat to do many of her killings.

The movie starts out where we are introduced to twin brothers, both played by Mark Damon.  One is a bookish dweeb named Karl, and the other a playboy type named Franz.  Karl ends up traveling to Transylvania where he stays at an Inn.  While there he shows an amulet he obtained to Tanya (Enza Sbordone), the Inn Keeper's daughter.  The next morning he heads to the Castle, but leaves the amulet that would protect him from vampires, in the room.

He is greeted at the front door by Lara the Zombie (Esmeralda Barros), and tells him he is there to study the castle for archeological purposes.  Lara shows him to his room.  However, he gets curious and begins investigating the castle.  He hears screams and finds Lara lying in an opened grave in the garden.  Later he meets the Countess, and the two have an intimate dinner together.  They then end up in bed together, where he is bitten and locked inside a stone coffin.

Franz his brother shows up that same night at the castle, and the Countess is surprised about the similarity between the two brothers.  Franz begins looking for his brother, and finds him in the coffin.  After rescuing him, he realizes that he has been turned by the Countess.

The Countess uses the ring to attract five local virgins to the castle where they fall victim to her bloody rituals.  Franz then takes his brothers spot in the ritual, which is known as the Night of the Virgin Moon.  It is where he is to take the Countess as his bride.  Franz is given the dagger to sacrifice Tanya, but turns on the guards killing them all.  He also burns to death Lara the Zombie.

Franz and the daughter then find the Countess on the top of the castle.  They battle with the power of the ring and the amulet.  Franz is able to chop the Countesses ring hand off and she dies.

The next morning, Franz is forced to kill his brother with a wooden stake, buries him and leaves the amulet on his grave.  He then gets into a stage coach with Tanya.  Franz has the Ring of Nibelungen, but after they kiss, he is bitten by Tanya.  It seems that she was turned by the Countess.  The ring is now in the possession of the Vampire Monster (Xiro Papas), who was the Countesses butler. 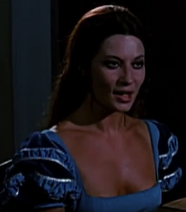 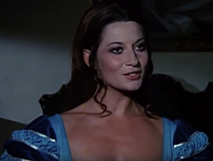 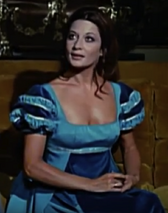 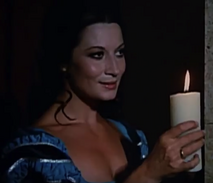 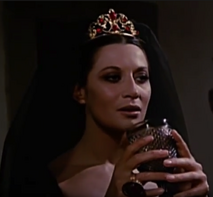 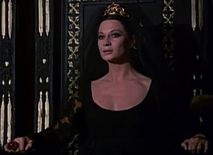 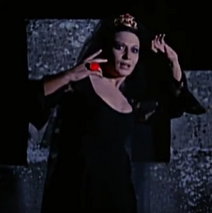 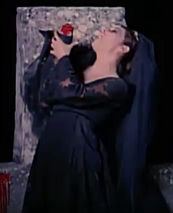 Add a photo to this gallery
Retrieved from "https://femalevillains.fandom.com/wiki/Countess_Dolingen_de_Vries_(The_Devil%27s_Wedding_Night)?oldid=205957"
Community content is available under CC-BY-SA unless otherwise noted.