Start a Wiki
watch 01:48
The Loop (TV)
Do you like this video?
Corva (Lenore Andriel) is the main villainess in the 1994 fantasy film "Eyes of the Serpent".

In the ancient land called Tag-Mur, two sisters fight over control of two magic swords known as the Eye of the Serpent.  The evil sister Corva, rules viciously and violently from a dark and cold castle.  The other sister Neema (Lisa Toothman), valiantly tries to raise an army to take back her father's castle.

The movie starts out with Corva arriving at the tent of a sleeping Fiona (Diana Frank), her niece, and daughter of Neema. Alongside Fiona's body is the sword that she wishes to obtain.  When her sidekick Seamus attempts to take the sword, his hand is cut off by a sort of forcefield.  Corva turns off the force field, takes the sword, and has her bodyguard Bolt, take Fiona into captivity.  Now Corva controls both swords and is holding her niece hostage.

Corva's daughter Raven (Carlton Elizabeth), is a hedonist who believes in achieving her own sado-masochistic pleasure.  The two cousins, Raven and Fiona get in a catfight.  Fiona escapes and Corva tortures the guards that were left in charge of guarding her.  She then uses the blood from the guards to sprinkle on the sword in order to get the power for herself.

Fiona runs into a Lancelot-like Galen (Tom Schultz), proving himself a great swordsman.  Soon Neema and her daughter enlist Galen's help in raising and training an army.

Corva soon realizes that the ancient scrolls won't work without a nefarious ritual requiring royal blood, and that the blood she used from the guards was insufficient.  As a result, she sacrifices her own daughter Raven without a second thought, by stabbing her through the chest while strapped onto an altar.  She then annointed Raven's lover Bolt with the blood, and made him an invincible warrior, and saudered a metal helmet over his head.

Neema then attempts to stop the succession by killing her daughter Fiona.  However, Corva shows up and the two sisters engage in a sword fight.  For some reason, when the two swords come together, they both are killed in an electrical explosion.  The two swords become one, and Fiona is left to rule by default with Galen at her side. 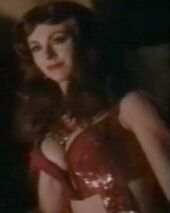 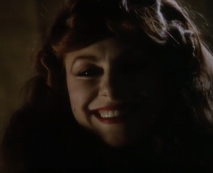 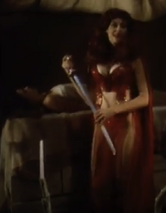 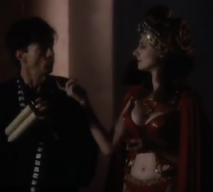 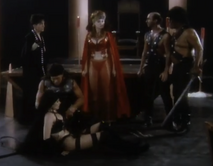 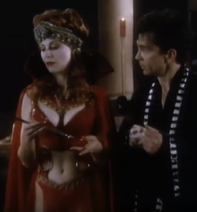 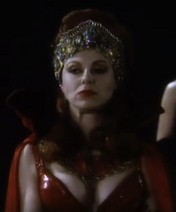 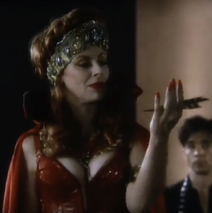 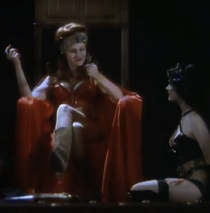 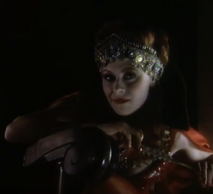 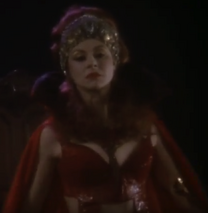 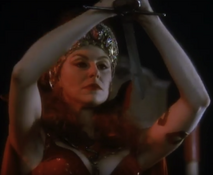 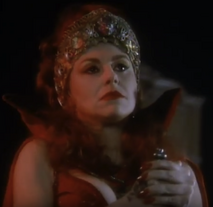 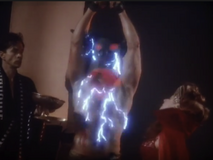 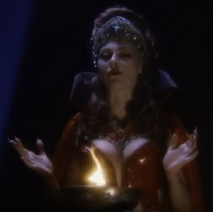 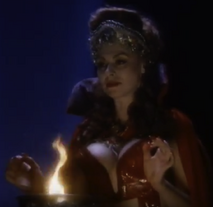 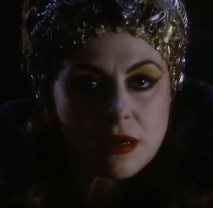 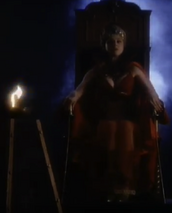 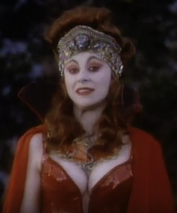 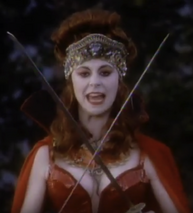 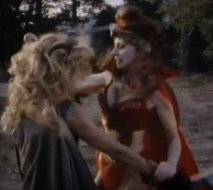 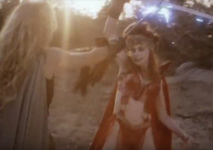 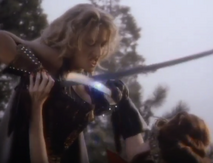 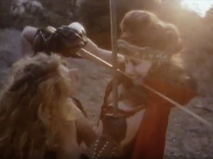 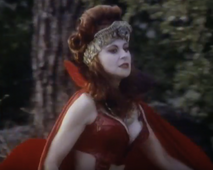 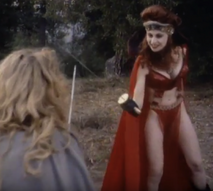 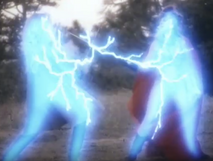 Add a photo to this gallery
Retrieved from "https://femalevillains.fandom.com/wiki/Corva_(Eyes_of_the_Serpent)?oldid=136673"
Community content is available under CC-BY-SA unless otherwise noted.