Cornelia Trent is the villainess of "Anatomy of a Murder", case #24 of the crime solving game Criminal Case (release date April 19, 2013). She was the curator of the Grimsborough Museum. When famous crime writer Wilfred Turnscrew was found dead in the museum, having been taxidermied and put on display in the museum, Cornelia was horrified by the sight and the fact that her museum patrons had seen the corpse.

It was initially believed that Wilfred's killer was James Savage, a reclusive hunter living in the forest who hated Wilfred for attracting littering tourists to Grimsborough with his novels. But as is uncovered by the player, Cornelia was the true murderer and was arrested at the museum by detective David Jones, all the while proclaiming her innocence.

Cornelia ultimately confessed to killing Wilfred in court to judge Olivia Hall, and revealed her motivation for the crime: Wilfred's books caused tourists to stop coming to the museum in favor of touring the crime scenes from his novels, forcing Cornelia to begin selling museum badges just to keep the museum alive. After witnessing James get into a fight with Wilfred and knock him unconscious, the evil Cornelia took the opportunity and taxidermied Wilfred alive, later putting him on display at the museum and adding a card to the display with a quote from her favorite play, "Doctor Faustus". After making her confession, Cornelia was sentenced to life imprisonment. 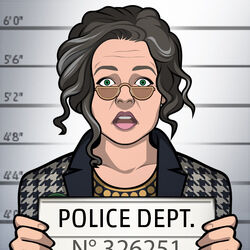 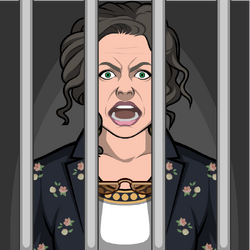 Add a photo to this gallery
Retrieved from "https://femalevillains.fandom.com/wiki/Cornelia_Trent_(Criminal_Case)?oldid=146041"
Community content is available under CC-BY-SA unless otherwise noted.