Cornelia (Rosalba Neri, a.k.a. Sara Bay) was the villainess in the 1974 film, THE ARENA a.k.a NAKED WARRIORS.

A brutal woman, she was the procurer/overseer of the girls who were being trained to fight gladiator battles in the arena.

In the end she is stabbed in the back with a trident by Mamawi (Pam Grier), one of her trained gladiators. 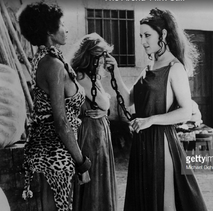 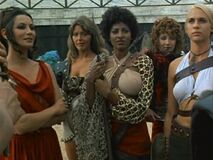 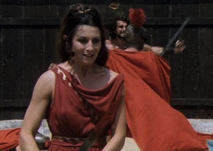 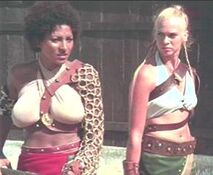 Add a photo to this gallery
Retrieved from "https://femalevillains.fandom.com/wiki/Cornelia_(The_Arena)?oldid=178872"
Community content is available under CC-BY-SA unless otherwise noted.