Cornelia is a moll / henchwoman to the felonious funny man the Joker (Cesar Romero) in the 1960s live action tv series Batman. She was played by actress Kathy Kersh (b 1942).

55 The impractical Joker. First broadcast on the 16th of November 1966.

Problems with the script ended up making these 2 episodes very illogical and incoherent, absurd even by the usual standards of a show based in the concept of camp ( though it's all still a colourful romp, full of fun performances).

The plot concerns the Joker possessing a device, a "magic box" he's invented, which can, used in conjunction with other things, supposedly freeze time and make it go back or forwards. He commits seemingly pointless, key connected minor vandalism across Gotham, which alerts the authorities to his reappearance on the scene. But these japes lead up to a key based major crime utilizing his "magic box" - the Joker's theft of a very valuable jeweled key from a Scottish millionaire visiting the City. The Joker also uses his "magic box", hypnotic powers, and some hallucinatory pills, to try to get control of time itself in Gotham, so he can then blackmail the city and demand a ransom of 10 million dollars.

In the course of the story, the Joker gets the dynamic duo in key related death traps. Batman is put into a giant key cutting machine, and Robin sprayed with wax. The duo escape from the Joker's traps and eventually catch up with the criminal clown and his gang at the city waterworks, where the villains are attempting to spike the water supply with the Joker's drugs. An incognito Alfred, the Wayne butler, provides invaluable aid in helping the dynamic duo foil the hateful harlequin and his gang and bring them to justice.

(If part of this summary doesn't seem to make sense, it's because the story doesn't!)

Cornelia - appearance, character and role in the story -

Cornelia is a beautiful blonde in her 20s. She wears a purple catsuit and gold boots in both episodes, though in one scene she briefly puts on a mink coat. In keeping with the key themed story, she wears gold keys as earrings.

Cornelia is principally a decoration. A greedy and vacuous goldigger, she seems to be the vainest woman who ever lived, spending most of her time gazing at herself, grooming and posing in full length mirrors. She thinks she's utterly gorgeous and, to be fair, she's right about that! Her dialogue often shows that she's not very bright. She really only becomes notably enthusiastic about the Joker's schemes when riches are mentioned - her eyes light up avariciously at the prospect of jewels and ransom payments of millions of dollars. She drools over the expensive and luxurious coats when the Joker and his gang break into a fur store. She seems to have no ethics, being perfectly fine about any kind of criminality. She's quite content over the Joker murdering Batman and Robin, but is "girlie" enough to prefer not to watch it happening, as it will be "icky" to look at.

She is actively involved in the evil doing to some degree, decoying the dynamic duo and activating the trap door which chutes Batman and Robin into the Joker's snare - the captured heroes then being put in the arch criminal's death traps. She also tries to get the Joker's "magic box" back from Alfred.

Cornelia may be keen on the proceeds of crime, but she doesn't want to put herself in harms way in the course of obtaining them. She scatters when the first fight between the Joker gang and the dynamic duo starts in the fur store, petulantly complains to the Joker when he takes her with him through the shafts leading to the water works security office, and flees as Batman and Robin arrive to challenge the Joker and co at the works, snapping at the pasty faced arch criminal for taking her into danger.

We don't know what happens to Cornelia. She runs away through the Gotham water works door during the fight between the heroes and the Joker gang. There's no indication in the final scene, after the defeat and capture of the Joker and his men, that Cornelia has also been brought to justice. In view of the very messy and inconsistent nature of these episodes, it's not unlikely that the lack of any comeuppance for Cornelia in the show was an oversight (we might console ourselves with the thought that someone as eye catching, and as bubble headed as Cornelia would probably soon be picked up - even in a city where the police are such dimwits).

An interesting piece on Kathy Kersh's life and career, including playing Cornelia -

Cornelia's off the charts vanity is a good running gag in the 2 episodes - she can hardly bear to tear herself away from full length mirrors. She's a moll for the Joker, though, as usual in the series, there isn't even a suggestion of any physical relations going on at all between arch villain and his presumed current main "squeeze". In keeping with the bimbo image she's also money as well as vanity orientated, only getting a bit less interested in her appearance when loot is being mentioned. She's one of the "bad" villain's girls, with no indication she's a candidate for changing to the side of virtue - something which happened a number of times - though her practical involvement in the villainy is only seen once, when tricking the dynamic duo into the Joker's trap. Cornelia can be contrasted to Joker's later henchwoman Undine ( in Surf's up, Joker's under ), another devastatingly attractive bad girl, but one who was much more animated, enthusiastic, and practically involved in the arch villain's evil machinations. 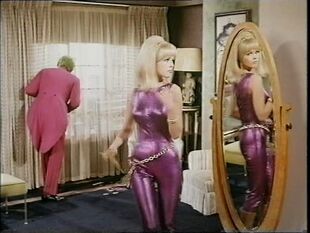 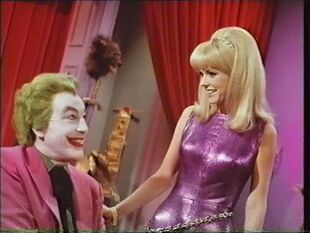 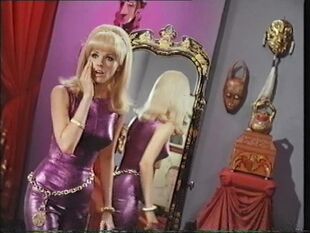 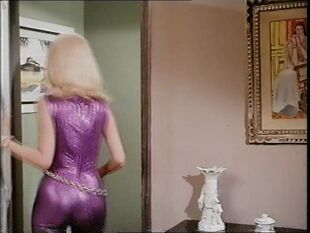 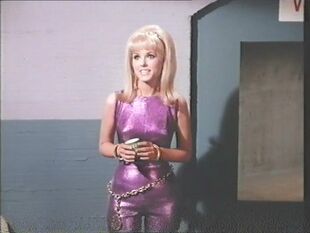 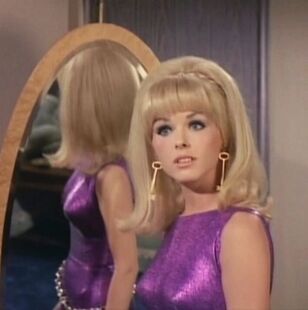 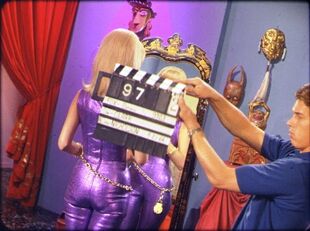 Behind the scenes photo of Kathy Kersh 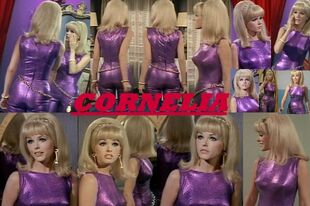 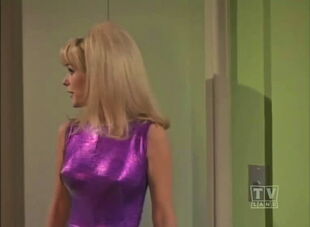 Cornelia
Add a photo to this gallery
Retrieved from "https://femalevillains.fandom.com/wiki/Cornelia_(Batman)?oldid=201801"
Community content is available under CC-BY-SA unless otherwise noted.