Start a Wiki
watch 01:51
The Loop (TV)
Do you like this video?
Constance Welch (Sarah Shahi and Shanae Tomasevich) was the main villainess from the pilot episode of Supernatural (airdate September 13, 2005).

In life, Constance was married to Joseph Welch, but sometime in 1981, she went insane when she found out that Joseph cheated on her. In a rage, Constance drowned her two sons and then committed suicide by jumping off a bridge. After her suicide, Constance became a ghostly Woman in White (similar to the La Llorona fable), and she would haunt the bridge where she fell to her death.

Constance would seduce men into driving her to her home, which has since been dilapidated, before killing them afterwards. She had killed 10 men before she was encountered by Sam and Dean Winchester, who managed to force the villainess into the house. Once there, Constance encountered the ghosts of her two children, who sent her back into the afterlife with them.

Constance returned in the Season 14 finale, "Moriah," as one of several evil beings brought back after Chuck Shurley (who was revealed as God in Season 11) triggers the Apocalypse following the reveal that he had been manipulating Sam and Dean's events their whole lives. Constance was shown being approached by a male driver, giving the indication that she would continue her killing spree. 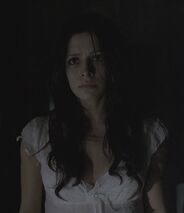 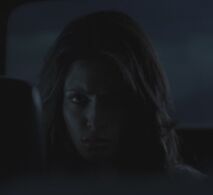 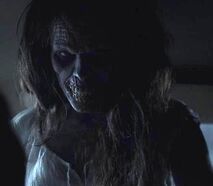 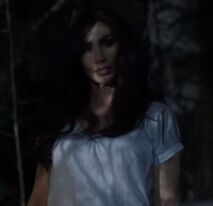 Constance Welch in "Moriah"
Add a photo to this gallery
Retrieved from "https://femalevillains.fandom.com/wiki/Constance_Welch_(Supernatural)?oldid=174707"
Community content is available under CC-BY-SA unless otherwise noted.