Constance is first introduced as a bartender.  She is shortly discovered to be part of a group running an underground cage fighting organization.

Constance leads Michael Knight the protagonist, to the back of the bar.  On the way, he is tested by having to fight one of the bouncers.  Having passed the test, she continues to lead him down the stairs to a secret cage fight in progress.

In the end fight scene Constance is kicked against the fencing of a cell that Annie Ortiz, one of the protagonists is being held captive in,  Annie reaches through the fence and she is soon choked out by Annie and put to sleep from behind.

Soon after Constance is shown being escorted out of the building by the police, handcuffed.  She and the rest of her gang are all arrested for murder. 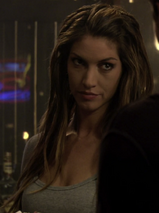 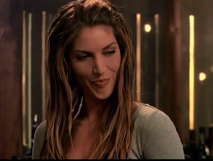 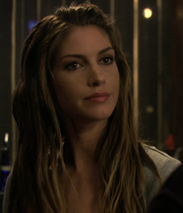 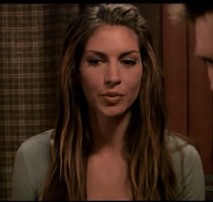 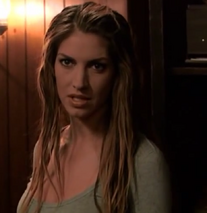 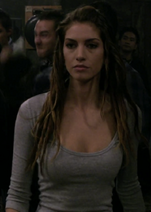 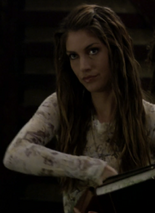 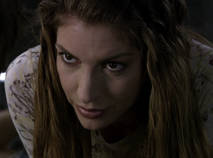 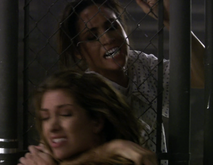 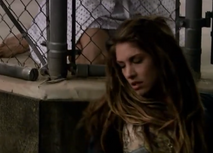 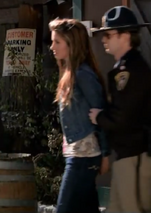 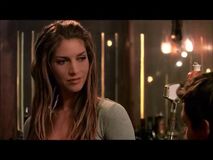 Add a photo to this gallery
Retrieved from "https://femalevillains.fandom.com/wiki/Constance_Savage_(Knight_Rider)?oldid=139864"
Community content is available under CC-BY-SA unless otherwise noted.