Start a Wiki
watch 01:51
The Loop (TV)
Do you like this video?
Cleo Patrick (Marianna Hill) was the moll in the 1966 two-episodes "The Spell of Tut" and "Tut's Case is Shut" for the TV series "Batman".

Cleo Patrick is first shown as Miss Patrick, the substitute secretary in the office of Commissioner Gordon (Neil Hamilton).  She is providing Gordon with his morning vitamin pill, while bending suggestively over the desk.

We find that King Tut's (Victor Buono) henchmen have broken into a rich person's safe and stolen an amber necklace.  Upon hearing this, Batman (Adam West) and Robin (Burt Ward) are perplexed, since last they knrew, Tut was working as a professor at Yale University.  Batman requests Miss Patrick to put a call through to Yale to see if it really is Tut.  Sure enough, the dean informed them that Tut fell off a podium and suffered another head injury.  Therefore, he had returned to his villainous persona.

Meanwhile, Tut is working at reviving dead scarabs by using 200,000 volts of electricity.  He is doing this in the guise of an apothecary shop.  Tut has also successfully created an elixir that will make people do what he wants.

We then learn that Miss Patrick is actually Cleo Patrick, Tut's moll. Tut is using the apothecary to crystalize the elixir to a powder.  He is then using Miss Patrick to feed it to Gordon instead of his vitamins.  Robin learns this plan while spying on the Tut gang.  However, he drops his bat-radio, and he is captured by Tut's henchmen.  Robin is placed in Tut's crocodile pit, which includes a slowly receding plank.  Batman arrives intime to save the Boy Wonder.

Batman calls Gordon's office to tell him to stop taking the pills.  However, Chief O'Hara (Stafford Repp) answers, and learns the truth about the pills too late, since he just took one from Miss Patrick.  O'Hara becomes Tut's slave, and sends him out to dance on a thin ledge.  Luckily, Batman and Robin arrive to save him, and just miss running into Tut and Miss Patrick.

Tut then spikes the lemonade at Gordon's office, which Batman drinks.  Tut then calls Batman, and puts him under his control.  His henchmen lead Batman to his headquarters.

Tut plans to taint the water supply of Gotham City with his elixir.  He instructs his henchmen to feed the Dynamic Duo to the crocodiles.  However, Batman was faking being hypnotized, and a fight ensues.  Tut attempts to drive off with the tank containing the elixir, but the truck won't start.  Robin opens the valve, pouring it out onto the pavement.  Tut accidentally ingests some of the elixir, and kneels before Batman.  Tut and his men are hauled off to jail. 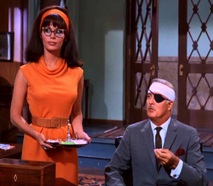 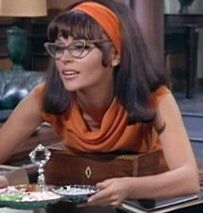 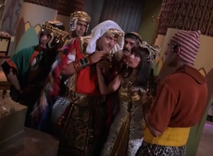 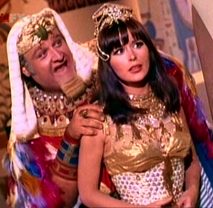 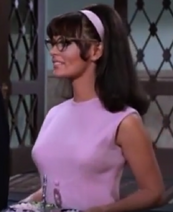 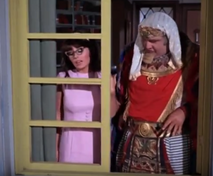 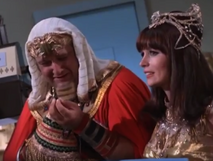 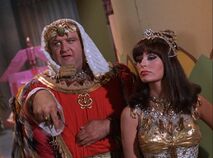 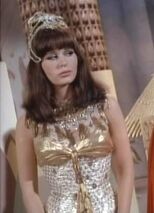 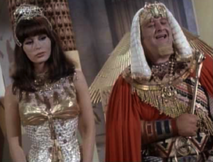 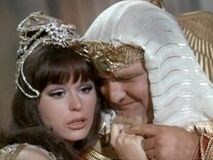 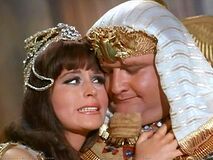 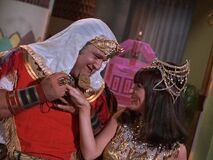 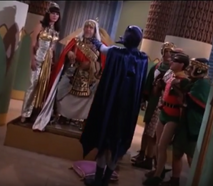 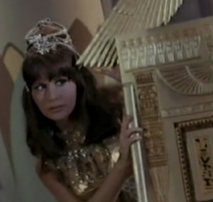 Add a photo to this gallery
Retrieved from "https://femalevillains.fandom.com/wiki/Cleo_Patrick_(Batman)?oldid=116889"
Community content is available under CC-BY-SA unless otherwise noted.