Start a Wiki
watch 01:38
The Loop (TV)
Do you like this video?
Clara Parry (Gabrielle Rose) is the hidden main villainess of the 2014 Hallmark film Wedding Planner Mystery (alternately titled Veiled Threats; airdate October 19, 2014). She was the wife of wealthy Douglas Parry, as well as an accountant at his firm and the stepmother of Nicky, her husband's daughter.

Clara was first encountered by one of the film's protagonists, Carnegie Kincaid, following the murder of Douglas' niece Michelle, which occurred when her car crashed during a wedding party. Following the murder, the female protagonist and her friend Lily escaped death when her brakes were tampered with. Later on, Nicky was kidnapped, with a $10 million ransom being demanded for her life. Clara appeared and paid the ransom before firing Carnegie, apparently due to her belief that she kidnapped her stepdaughter.

After Carnegie escaped from one of the conspirators, Holt Walker, she and Aaron Gold (the other protagonist) headed to a secluded house where Nicky was being held captive, and it was there that Carnegie encountered Theo, the Parry family chauffeur and another conspirator. Aaron returned with Clara, whose presence relieved Carnegie, only for the villainess to point a gun at both protagonists.

Clara was unveiled as a tax evader and an embezzler who took money from her husband's firm and framed Douglas' partner, Keith Gutherbridge, for what she had done. When it wasn't enough, the wealthy conspirator had Nicky kidnapped and collected the $10 million ransom, and furthermore, she ordered Holt (her lawyer) kill Michelle as part of their plan. She also had a woman named Queen Mary (a frequent wedding guest) killed due to her witnessing someone tampering with Michelle's car, and she took some of Carnegie's belongings to set her up as being Nicky's abductor.

Her motive for orchestrating everything was that Douglas was in ill health (he had five heart attacks), and his will left all of his money to Nicky. After her reveal was completed, the evil Clara sent Carnegie down to the room where Nicky was being kept captive, and as the two women saw through the keyhole, the villainess was planning to burn down the home and kill them both. Carnegie and Nicky escaped, only to run into Clara and Holt, with the former of the two antagonists confessing to having Michelle killed. After that, Aaron appeared (having subdued Theo) with a gun in hand and ordered Clara to drop her weapon. The greedy trio all ended up arrested for their long list of crimes. 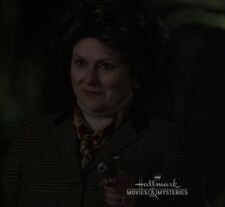 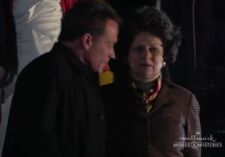 Clara's arrest
Add a photo to this gallery
Retrieved from "https://femalevillains.fandom.com/wiki/Clara_Parry_(Wedding_Planner_Mystery)?oldid=182431"
Community content is available under CC-BY-SA unless otherwise noted.