Cigar Girl (The World Is Not Enough)

Cigar Girl plays a beautiful Italian assassin, posing as a secretary for a Swiss banker in Spain, in the 1999 James Bond film, "The World Is Not Enough". She is portrayed by the Italian actress, Maria Grazia Cucinotta.

The Cigar Girl first appears entering an office in Bilbao, Spain, carrying a box of cigars. She offers a cigar to James Bond (Pierce Brosnan) and her employer, a Swiss banker, Mr. Lachaise (Patrick Malahide). Bond is there retrieving money for Sir Robert King (David Calder), a British Oil tycoon and friend of M. As she hands him a receipt for the money, she asks Bond if he would like to check her figures. Bond pauses and looks up as she is bending down. He responds, "Oh, I'm sure they are perfectly rounded." She is wearing an all black business suit type dress, with a low cut plunging top. When she is seated in a chair she shows off her very sexy nylon covered crossed legs.

Bond overpowers Lachaise's bodyguards and holds him at gunpoint. Just as Bond is about to get the name of an assassin, Lachaise is killed by a thrown knife in his neck by an escaping Cigar Girl. Bond and the girl both escape from the building.

In a deleted scene of the film, we find that the Cigar Girl is actually working for Renard, and she reveals that Bond on the case. Renard gives her the task of taking him out, and says that he trusts she won't let him down. She was also told to allow Bond to escape the original attack in Spain, so that the bomb would be delivered to M16 headquarters.

Bond returns to M16 headquarters in London, England in order to return the money to Sir Robert King. However, the money was actually a fertilizer bomb which kills King and blows a hole in the wall of the building. Through a hole in the wall, 007 spots the Cigar Girl, who is watching the building from a Sunseeker boat on the River Thames. Cigar Girl is wearing a red leather body suit with a zipper down the front. She uses a machine gun to fire at Bond and then takes off down the Thames, with Bond pursuing in a prototype Q-Boat.

An elaborate chase takes place along the Thames, and it ends at the Millennium Dome. Cigar Girl uses a grenade launcher as well. Just as two torpedoes are about to blow up her boat, she beaches her boat near the Millennium Dome, and jumps onto a hot air balloon basket. Bond follows closely by, and jumps to catch the mooring ropes to the balloon.

Bond offers her protection from her real boss, but she refuses, asserting that Bond cannot protect her from "him". She then commits suicide by shooting the aircraft's gas tank, causing the balloon to explode in a huge fireball. Bond releases from the rope and falls onto the roof of the Millennium Dome, hurting his shoulder on the landing. This injury hampers him throughout the rest of the film. We later learn in the film that she was working for Renard or his full name, Victor Zokas (Robert Carlyle). She was hired to keep an eye on Mr. Lachaise.

In the novel "The World Is Not Enough" by Raymond Benson, the Cigar Girl has the name, "Giulietta da Vinci". However, the only name she receives in the movie credits is that of "Cigar Girl". 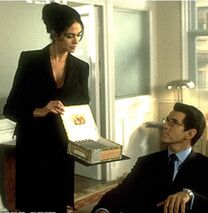 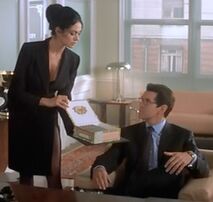 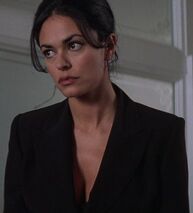 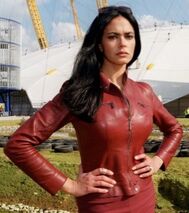 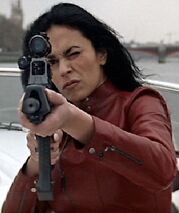 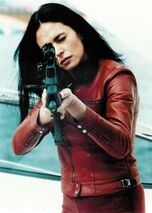 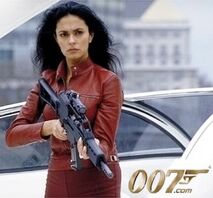 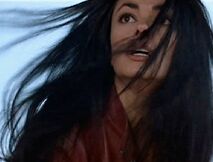 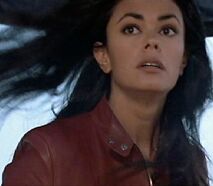 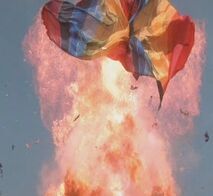