The Female Villains Wiki
Register
Don't have an account?
Sign In
Advertisement
in: 1960s, Back from the Dead, Beehive Hairstyle,
and 18 more

Christina (Susan Denberg) is the murderess in the 1967 Hammer Film, "Frankentstein Created Woman".

Christina is the daughter of Innkeeper Herr Kieve (Alan MacNaughtan).  Her entire left side of her face is disfigured and partly paralyzed.  She is constantly taunted, mocked and bullied by the rich arogant patrons of the Inn, for her looks.  Finally, Hans (Robert Morris) has had enough, and stands up for her.  In a bar scuffle, Hans cuts Anton's (Peter Blythe) face.  Kieve throws the arogant men out for non-payment.  However, they return to steal wine from his inn.  Kieve catches them and is beaten to death by the men.  Hans is framed for the murder and convicted.  He is later executed by the guillotine.

Seeing this as an opportunity, Baron Victor Frankenstein (Peter Cushing) gets ahold of Hans' corpse and traps his soul.

Distraught over Hans's death and feeling the guilt of not defending him, Christina throws herself off a bridge and drowns.  The peasants bring her body to Dr. Hertz (Thorley Walters) to see if he can do anything.  Hertz along with Frankenstein transfer Hans' soul into her body.

Over months of complex and intensive treatment, they completely cure Christina's physical deformities.  The result is a physically healthy female with no memory.  She has not recollection of who she is, and Frankenstein insists in telling her nothing but her name.

Christina eventually comes to her senses of who she is, Christina is taken over by the spirit of the vengeful Hans.  She kills Anton, and her other tormentors by luring them to secluded spots with the promise of sex, and them butchers them instead.  Frankentstein and Hertz become suspicious of her behavior surrounding the killings and take her to where Hans was executed.  They believe she subconsciously retains her meories of her father's death rather than Hans.  By the time they realise the truth, they find her already murdering Johan (Derek Fowlds), one of her other bullies.

Upon holding the severed head of Hans, the ghostly voice tells Christina she's avenged his death.  Before one of them can talk to her, she runs to the edge of a waterfall.  Despite the Baton's pelas of telling her identity, Christina's mind has already been made up.  She has no one left to live for, and so drowns herself again.  Frankenstein walks silently away. 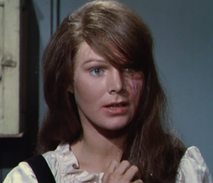 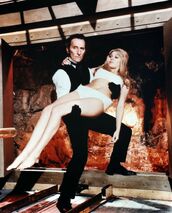 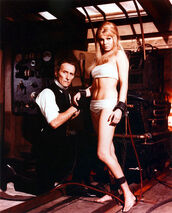 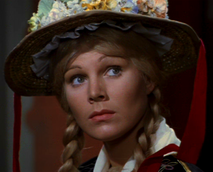 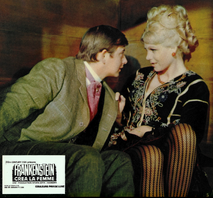 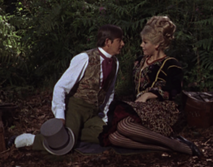 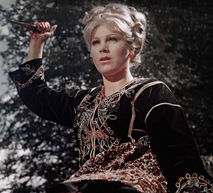 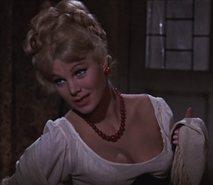 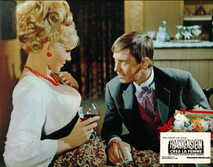 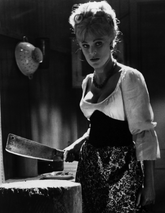