Start a Wiki
watch 01:50
The Loop (TV)
Do you like this video?
Chinodai (Wang Ying) is a secondary antagonist in the 2016 Chinese movie "Ultimate Hero".

Chinodai is a henchwoman, and is working with a group of smugglers in Africa, led by arms dealer Mr. Troy (Warwica Gilles) and his brother Sean (Alexandre Bailly).  They are attempting to get their hands on a powerful energy ore stone, so that they can sell the ore to arms traders for military research.

They eventually got nervous with all the loose ends and killed all of the people on the prospecting team that was working for them.  Only two got away, ? and Pu Enzheng (Ryan Lai).

A man named Han Feng (Dragon Chen Star) attempts to stop the gang, and tries to unveil the mystery behind his wife's disappearance.

It is revealed that Chinodai is double agent, and is in fact working for Mr. Yamamoto (Liu Yongqi).  She is Japanese, and was trained by Yamamoto himself, and had infiltrated the gang to break it apart and eventually get the ore to him.  A standoff between the two gangs take place, and Chinodai suddenly turns her gun on her old boss Troy.  Just when things have changed, she again turns her gun, and shoots Yamamoto in the head.  The rest of the gang takes out the rest of Yamomoto's gang with machine guns.

However, a sleeping gas is introduced and Chinodai and the rest of her gang are knocked out.  When Chinodai wakes up she is on a bed and is in the home of Zator (Luc Bendza), and African gangster.  She had cut a deal with him, but told him he was an idiot for doing this before the ore had been found.

Just when you think you have all the twists figured out, another one is presented.  Zator moves in for a sexual encounter, but Chinodai wraps her legs around him and crushes his neck while on still on the bed.  She has now double crossed three people.

We soon see her back in the company of Chinodai, and they have captured Han Feng.  However, Han turns the table and begins shooting up Troy's gang.  Chinodai and another henchmen attempt to get away in a car, but Han is able to jump onto the roof as they are driving off.  As the car is in full speed, Chinodai leans out of the window and attempts to shoot Han.  Han grabs her arm and she accidentally shoots the driver through the roof.  She is able to use the breaks of the car to get it stopped, and a long hand to hand martial-arts fight took place.  Han defeated her with a round house kick to the face, and the last we see of her is her unconscious lying on her back. 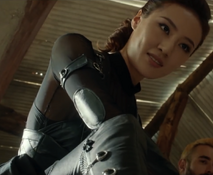 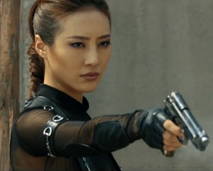 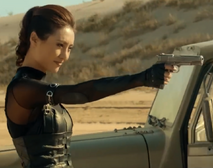 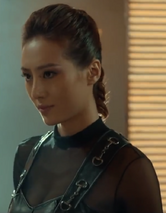 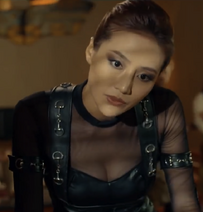 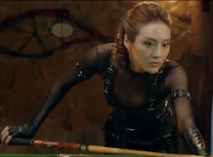 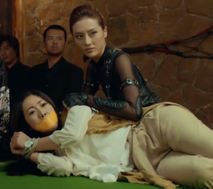 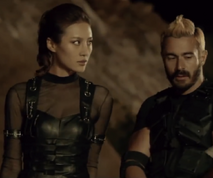 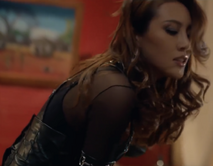 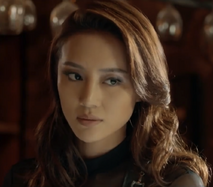 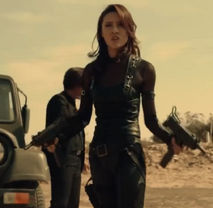 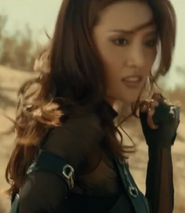 Add a photo to this gallery
Retrieved from "https://femalevillains.fandom.com/wiki/Chinodai_(Ultimate_Hero)?oldid=195847"
Community content is available under CC-BY-SA unless otherwise noted.