Start a Wiki
watch 01:50
The Loop (TV)
Do you like this video?
Chelsea Putnam (Janel Parrish) is the main villainess from "Cheers and Jeers," episode 6.05 of Drop Dead Diva (airdate April 13, 2014). She is a member of the Breaker Girls cheerleading squad, as well as Jane Bingum's client in the episode.

Chelsea was featured in a viral video that saw her unleash a verbal rant towards squad leader Ally Roth for intentionally stepping on her foot during a routine. While the video was playing, Chelsea appeared alongside reporter Rosemary Ellis, and approached Jane regarding a lawsuit against the squad, claiming she was the subject of bullying, fat-shaming, and slut-shaming. Her claims included being on the receiving end of incendiary comments on social media, and she also stated that her main concern regarding the lawsuit was not the money, but hope that no one else gets treated as bad as she was. Chelsea's credibility took a small hit when it was revealed during testimony that she engaged in a tryst with a member of the Breakers basketball team, which was a breach of the squad's contract.

However, the episode's progression revealed that Chelsea's portrayal as a victim was a front for her true opportunistic heel persona, as while Jane added up Chelsea's receipts, Teri Lee revealed that Chelsea paid $3000 to a PR firm two days before her meltdown. This led Jane to deduce that Chelsea had duped her and planned everything, including waiting 32 seconds after Ally stepped on her foot to lash out at her, as she was waiting for the TV cameras. Also, Chelsea had sent the bullying social media comments to herself to gain more attention and portray herself as a victim.

In the episode's climax, Chelsea faced the accusations during her cross-examination, as the representative laywer for the Breakers' squad revealed that Rosemary printed a story about Chelsea's attention-seeking plans. The villainess responded that it wasn't against the law to hire a publicist, and while she faced more accusations, she turned to Jane to object, only for Jane to refuse. Judge Grossman ordered the bailiff to arrest Chelsea on charges of perjury and malicious prosecution charges, and as she was taken away in cuffs, the evil Chelsea berated Jane for leaking the story and stated that she would sue her, as she broke their confidentiality agreement. However, Jane stated that a waiver allowed her to tell Rosemary everything, leaving Chelsea defeated as she was taken into custody. 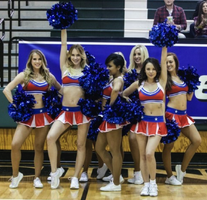 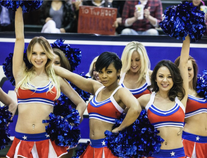 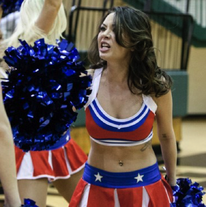 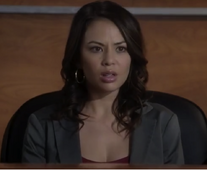 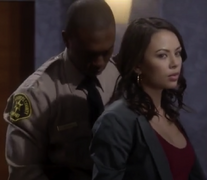 Add a photo to this gallery
Retrieved from "https://femalevillains.fandom.com/wiki/Chelsea_Putnam_(Drop_Dead_Diva)?oldid=154132"
Community content is available under CC-BY-SA unless otherwise noted.