Start a Wiki
watch 04:10
The Loop (TV)
Do you like this video?
Celeste McCloud (Carrie Stevens) is the secondary antagonist in the 2001 two part series finale "Zodiak Attack" of the series "Black Scorpion".

Celeste was the bosomy henchwoman for Professor Prophet aka Sonny Dey (Soupy Sales), who is a washed up TV psychic who is ridiculed because none of his predictions ever come true. His prediction is that the City of Angels will be destroyed by earth, wind, fire, and water. The Prophet has a show called "Psychic Pal" in which Celeste is the spokesperson who holds up the phone number for callers to call in and talk.  One night after the show, the producer gives him one week to improve his ratings, and the show will be replaced by re-runs of the six o'clock news.

Celeste is sent to distract Professor Phoenix.  She accomplishes this by performing a belly dance routine around him.  She then pushes him into a seal tight enclosure so the Prophet can obtain the codes.

To make sure the Zodiac crime predictons comes true, he and McCloud sabatoge the machine that is supposed to stop the supervillains from being violent. He accomplishes this because each of them has a chip inside of their brain. The Professor uses the machine to force the supervillains in to doing his bidding.  If they refuse, all he has to do is shock them.

On his show, the Prophet predicts several different crimes by using zodiak terminology.  Each time one of the supervillians show up and Black Scorpion has to prevent total destruction.

During the second episode, Black Scorpion is able to regain consciousness and escape when the supervillians start bickering amongst themselves.

Darcy realizes that this is her first real close call and is afraid to die a hero's death with her life so unfullfilled. She gives up Black Scorpion and the police force to further a romantic relationship with Steve Rafferty (Scott Valentine). Everyone knows that only Black Scorpion can stop these villains, and it's hard for others to coerce her back onto the force.

Argyle has Professor Phoenix resurrect Darcy's father, Stan Walker (David Groh). The clone can only live 24 hours, but he uses his time to try to persuade Darcy to do her duty and save the city.

Celeste once again visits Professor Phoenix and tries to seduce him with her belly dance routine.  However, Phoenix tells her that he isn't going to fall for her again.  With this, Celeste knocks him out with a punch.  Prophet then has her tie up the Professor while he contacts the supervillians.

Darcy still has not been convinced to take on the villains again, until her dad goes to stop them on his own. To save her father's life, not knowing he has a limited lifespan, she becomes Black Scorpion again.  Stan Walker nearly succeeds in getting the supervillains to go back into their prison cells, but Celeste and Prophet show up and stop him at gunpoint.

Just then, Black Scorpion shows up.  After a long battle, Black Scorpion knocks Aftershock, Breathtaker, Hurricane, and Inferno back into their tubes which closes them in, fills with sleeping gas, and puts them to sleep. Professor Prophet is knocked on his can by Mr. Walker.  Celeste takes Prophet's gun and fatally shoots Mr. Walker.  Scorpion oversees Celeste shoot her father, and because of it, she is shocked into unconsiousness by Black Scorpion's sting ring.

Walker tells Darcy that he would have died anyway, and that he had never been more proud of her.  In other words, she was given the "ok" by him to continue being Black Scorpion, and she rejoins the force.  At the end of the episode, Darcy and Steve agree to a committed relationship.  We can only assume that Professor Prophet and Celeste were arrested. 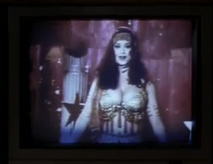 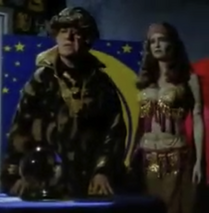 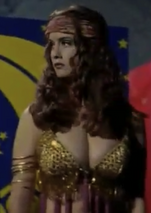 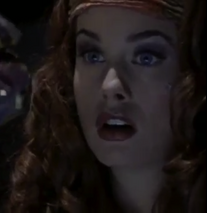 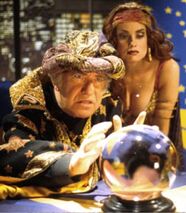 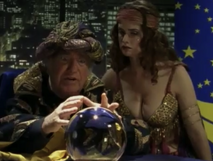 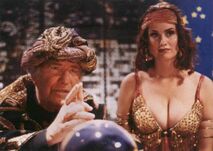 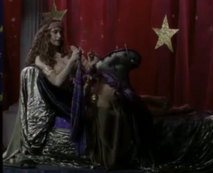 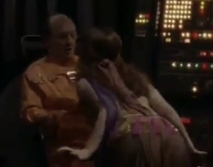 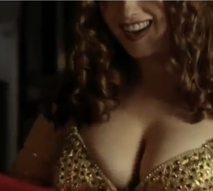 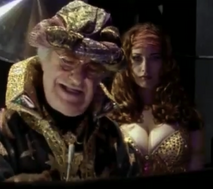 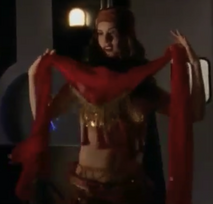 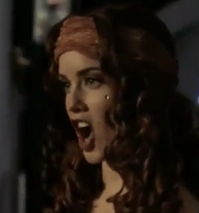 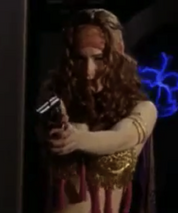 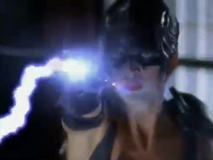 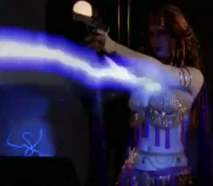 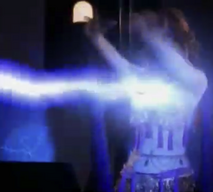 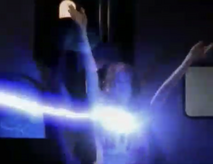 Carrie stevens as Playboy Bunny
Add a photo to this gallery
Retrieved from "https://femalevillains.fandom.com/wiki/Celeste_McCloud_(Black_Scorpion)?oldid=153813"
Community content is available under CC-BY-SA unless otherwise noted.