Start a Wiki
watch 01:51
The Loop (TV)
Do you like this video?
Catherine Madison (Robin Riker) was the main villainess in the 1997 episode "The Witch" for the TV series "Buffy the Vampire Slayer".

Catherine Madison was the mother of Amy Madison (Elizabeth Anne Allen) as well as a powerful witch.  During her teenage years, she had attended Sunnydale High School where she was homecoming queen and captain of the cheerleading squad.  Under her leadership the squd was tri-county champions, and Catherine earned herself a trophy located in the schools trophy case, which named her Catherine the Great.  These were very difficult things for young Amy to live up to.

During Amy's sophmore year at Sunndale, Catherine used her powers to exchange Amy's body with her own, in order to relive her glory days as a cheerleader.  However, she discovered that in her new body, she was unable to compete with the others, which left her as an alternate.  Unwilling to accept this, Catherine placed dangerous curses on several of her rival cheerleaders in order to make the official squad.  She used Barbie dolls dressed as cheerleaders as talismans in a sort of voodoo-like ritual over a cauldron to focus each curse on its inteded victim.  These included Amber Grove (Lisa Dempsey), whom Catherine caused her hands to spontaneously burst into flames while performing her choreography; Lishanne Davis (Nicole Prescott), whose mouth was erased in the middle of biology class; Cordelia Chase (Charisma Carpenter), who went blind during her Driver's Ed class and crashed into traffic; and Buffy Summers (Sarah Michelle Gellar), who was cursed with a Bloodstone Vengeance Spell, a curse that caused a severe, debilitating fever that killed the victim in a matter of hours.  Surprisingly Joy (Amanda Wilmshurst), the captain of the squad avoided Catherine's wrath despite her snobby attitude.  However, it was probably because Buffy sealed her fate when she inadvertedly threw Joy through a wall.  Amy was named the replacement girl in the squad instead of Buffy, probably saving Joy from possible humiliation or worse.  By this time, Catherine kept a cat to guard her spellbook. With Buffy suffering from the Bloodstone Vengeance Spell, Rupert Giles (Anthony Head) cast a spell of his own to reverse all the curses that Catherine had cast, and thus also successful at switching Catherine back into her own body.  However, it was knocked out by Catherine soon afterward.  Back in her original body, Catherine turned against her daughter.   Catherine then tried to cast an imprisonment spell on Buffy (not realizing that Buffy was the Slayer), but she deflected it back at Catherine with a mirror.  Under the effects of her own spell, Catherine's spirit became trapped within the trophy she had wond decades earlier.  She was incapable of speech, and the only sign of Catherine's presence within the trophy was her moving her eyes and her muffled voice.

When the school was destroyed during the Graduation Day battle, it was more than likely that the trophy was destroyed as well as Catherine.  In the unlkikely case that the trophy was not destroyed, she would have been sucked into the Hellmouth in 2003.  Nine years later, Buffy took Catherine's appearance with a magic illusion to frighten Amy, who had by then become an evil witch who took Willow Rosenberg (Alyson Hannigan) hostage. 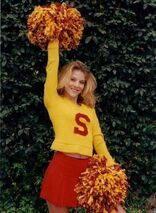 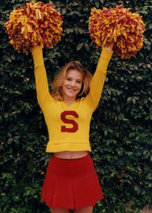 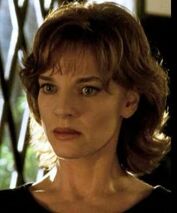 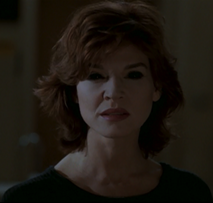 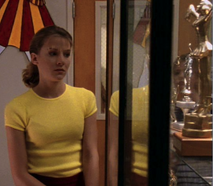 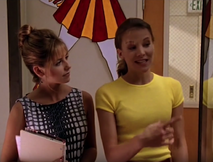 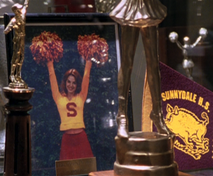 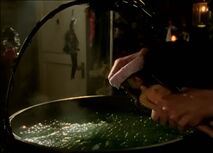 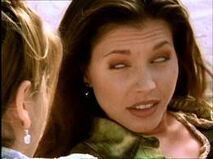 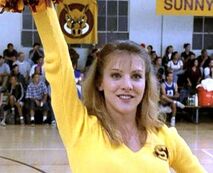 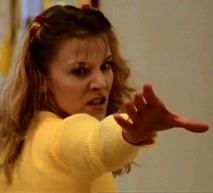 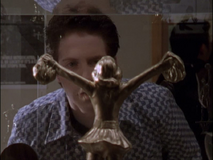 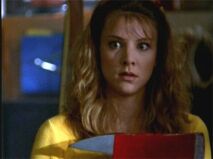 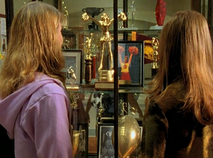 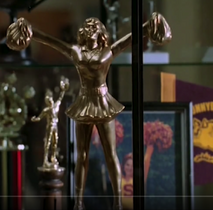 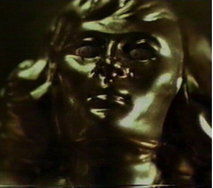 Add a photo to this gallery
Retrieved from "https://femalevillains.fandom.com/wiki/Catherine_Madison_(Buffy_the_Vampire_Slayer)?oldid=168098"
Community content is available under CC-BY-SA unless otherwise noted.