Start a Wiki
watch 01:51
The Loop (TV)
Do you like this video?
Cat Queen was the villainess in the 1948 episode "The Cat Killers" #12 for the comic book, Jungle Adventure, which was the precursor to Rulah, Jungle Goddess.

The Cat Queen runs a kingdom with slave natives and a team of non-speaking Cat Women, which she also refers to as the Cat Maidens .  She captures natives and makes them her slaves.

In the dead of the night, The Cat Maidens sneak into the village and captures Saber, Rulah's pet black panther.    However, in the process of the raid, Rulah discovers who the captors are.  As a result, the Cat Queen has her maidens kill Togo, who is responsible for the blunder.

Saber sees Togo dying and attacks and kills one of the maidens.  As a result, Saber was staked to the ground and they planned to kill him.  Rulah arrived just in time and began fighting with the maidens.

Some hound dogs arrived from the Commissioner, and drove the Cat Maidens into the river.  This was a problem, since the cats could not swim, and they drowned.

Saber exacted his revenge on the Cat Queen, by biting her neck. 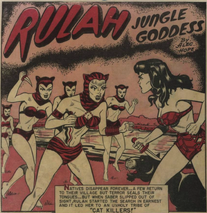 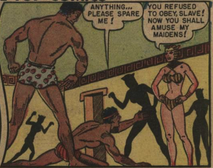 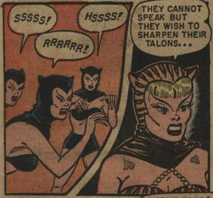 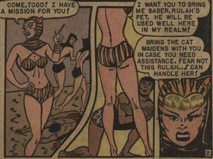 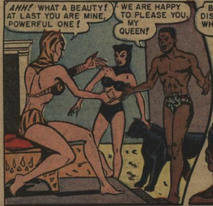 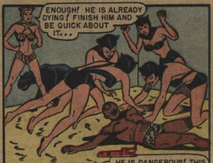 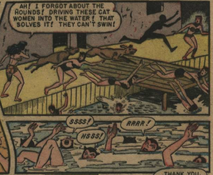 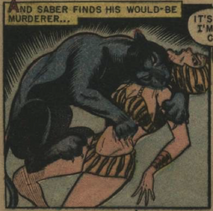 Add a photo to this gallery
Retrieved from "https://femalevillains.fandom.com/wiki/Cat_Queen_(Jungle_Adventure)?oldid=155837"
Community content is available under CC-BY-SA unless otherwise noted.