Cat (Emmanuelle Vaugier) is an assassin in the 2008 Canadian comedy film Blonde and Blonder.

Cat is a female assasin along with her assistant Kit (Meghan Ory), and the two work for the Vancouver Italian Godfather.  They are first sent to knock off Lou Rimoli, a former mafia member.  Cat performs a dance wearing leather on the top of his desk, before snapping his neck.  Rimoli is murdered just prior to the dance auditions of Dee Twiddle and Dawn St. Dom.  As a result, Dee and Dawn are mistaken for the infamous assassins Cat and Kit.

They are then sent to kill Hang Wong, the head of the Triads.  However, Dee and Dawn have assumed their identity, and have been hired for the job.   Cat and Kit are eventually arrested by federal agents and police while spying on Dawn and Dee. They are taken into custody.

She is a skilled assassin able to take down men. She fights by hand or with small weapons like knives. 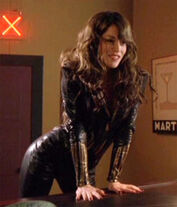 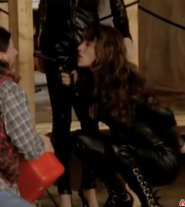 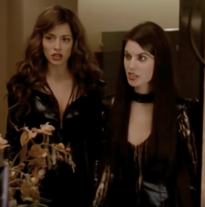 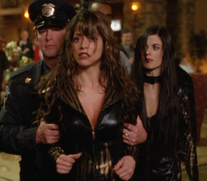 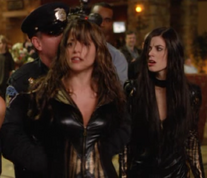 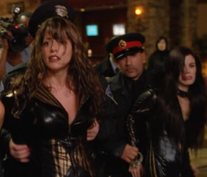 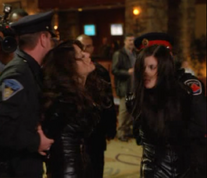 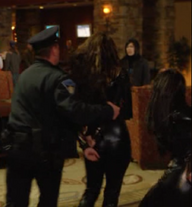 Add a photo to this gallery
Retrieved from "https://femalevillains.fandom.com/wiki/Cat_(Blonde_and_Blonder)?oldid=193475"
Community content is available under CC-BY-SA unless otherwise noted.