Start a Wiki
watch 01:48
The Loop (TV)
Do you like this video?
Cassiopeia (カシオペイア) is both an antagonist and playable character in the 1994 PC-FX FMV fighting game "Battle Heat" (バトルヒート) by developer Hudson Soft.

Cassiopeia is the daughter of the game's main antagonist, Gotz Von Dark, and is a priestess in his Holy Dark Empire. She is described in-game as a talented but cruel and short-tempered magician. Her fate is dependent on whether she is the antagonist (defeat) or playable (victorious). 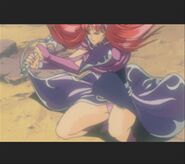 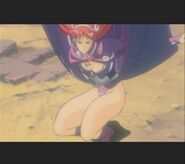 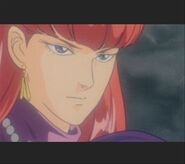 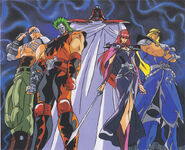 Cassiopeia, along with her father Götz von Dark (back) and fellow henchmen Zero, Shyu and Alamis.
Add a photo to this gallery
Retrieved from "https://femalevillains.fandom.com/wiki/Cassiopeia_(Battle_Heat)?oldid=133298"
Community content is available under CC-BY-SA unless otherwise noted.