Oliver Caldwell (Gregory Harrison) and his former nanny, Jennifer "Jenny" Morgan (Heidi Lenhart), are about to be married.  At the same time, Oliver's company is about to be merged with a European conglomerate.

Cassandra Hausen and her brother Michael Hausen (Robin Dunne) are the adult children of the Karl Hausen (Rory Johnston), the owner of the potential merger.  These two are not happy about the merger, so they try to destroy Oliver.  They want to make sure that Oliver doesn't take over what they feel is rightfully theirs.

They attempt to turn Michael and Jenny against each other and at the same time, get the board against Oliver by staging an "affair" between Jenny and Michael.

In the meantime, she befriends Jenny and convinces her to forgo her "small intimate" outside wedding ceremony.  Oliver's kids go along with this, and convince her to make a circus out of the ceremony.

When Oliver calls while on a business trip in Barcelona, Cassandra does not relay the message.

When Oliver does return, Cassandra tells him that Jenny changed the wedding plans because her social status has been upgraded.

Oliver and Jenny walk in on a surprise board meeting being held by Cassandra and Michael.  Cassandra has altered pictures placed in a tabloid of Jenny kissing Michael.  When Oliver sees them, he is unsure what to believe.  Therefore she removes the ring and gives it back to him.

Cassandra holds a production and meeting announcing that the merger has passed.  She announces that it is now time for the investors to vote and decide who should be the new leader of the new CCI firm.  When they ask where Oliver Caldwell is, Cassandra says "no comment".  She adds, we assumed he would be there by now.  However, Oliver was out in a motor boat with the kids, making Michael fall overboard in his own craft.

Back at the production, Cassandra takes credit for Jenny's video program, and shows it to the stockholders.  When Cassandra calls for them to consider a new CEO, the investors nominate her.  Grandma Nell Grayson (June Lockhart) nominates Oliver, but it is not possible, since he is not present at the meeting to accept.  Just as she is about to put it to a vote and have herself confirmed, Oliver walks in and reopens the nominations.

The Board members ask Oliver to explain the photos in the tabloids.  Oliver explains that they were part of a plot to discredit Oliver and Jenny.  Jenny explains that it was planned by Michael and Cassandra Hausen.  When Cassandra denies it, and calls it pure fantasy, the kids take their undercover video footage on their camera and hook it up to the large video screen so everyone can see.  The video shows Michael and Cassandra paying for the pictures.  Cassandra claims that she is being framed.  She races up to the screen and is about to push over the screen.  However, she trips and falls down.  As the crowd begins to laugh, Cassandra runs out of the room humiliated and exposed. 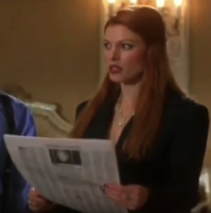 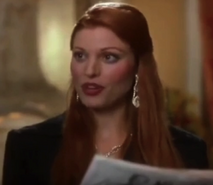 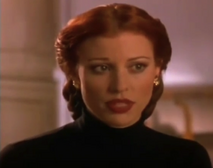 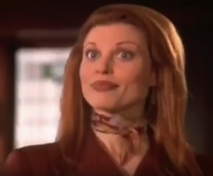 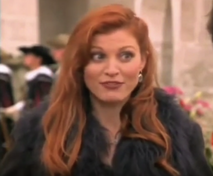 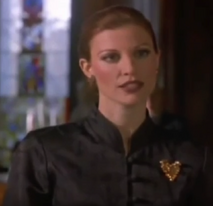 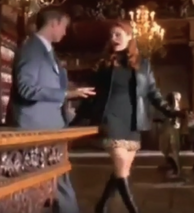 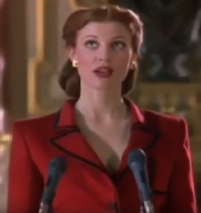 Add a photo to this gallery
​​
Retrieved from "https://femalevillains.fandom.com/wiki/Cassandra_Hausen_(Au_Pair_II)?oldid=187944"
Community content is available under CC-BY-SA unless otherwise noted.