Start a Wiki
watch 01:51
The Loop (TV)
Do you like this video?
Carole (Nanna Michael) is a minor antagonist in the 1968 French action film "Coplan Saves His Skin".

Carole is a henchwoman for Hugo (Hans Meyer).  She has a delicious cruel streak, dons a whip, and carries around a pet falcon to help in her hunts and attack.

Hugo has a leather side plate on the left side of his face to hid a horrible facial scarring.  Their plan is to develop a mysterious weapon that would put an end to civilization as we know it.

After Coplan escapes, it is left to Carole to hunt him down on horseback, which leads to her demise.  Coplan takes down his hunters one by one, leaving Carole for last.

Carole spots Frank swimming in a canyon river, strips down to her underwear and jumps into a river at the bottom of a canyon to attack him in the water.  She attempts to use her knife to kill him, and the two struggle for awhile.  Finally Coplan is able to knock her out, and we see her floating unconscious and face down underwater.  Later, her dead body is scooped up by her dwarf henchman, Le Nain (Roberto). 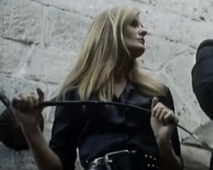 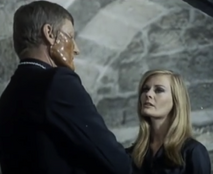 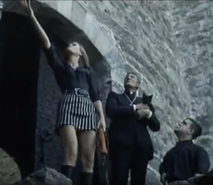 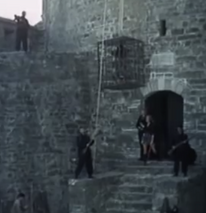 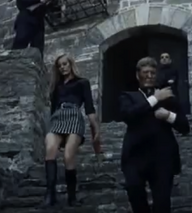 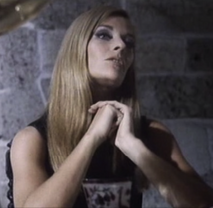 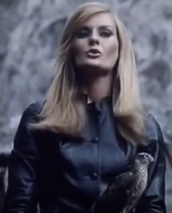 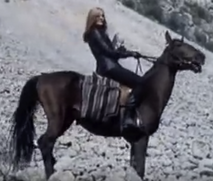 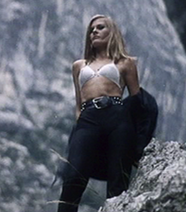 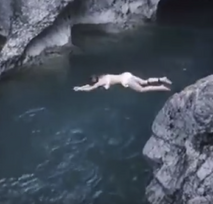 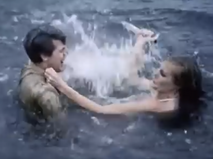 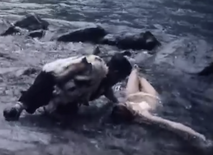 Add a photo to this gallery
Retrieved from "https://femalevillains.fandom.com/wiki/Carole_(Coplan_Saves_His_Skin)?oldid=190428"
Community content is available under CC-BY-SA unless otherwise noted.