The Female Villains Wiki
Register
Don't have an account?
Sign In
Advertisement
in: Live Action Villainess, 1970s, Blonde,
and 17 more

Carol Harris (The Night of the Sorcerers)

Carol Harris (Loreta Tovar) is an antagonist in the 1974 Spanish Horror film "The Night of the Sorcerers".  The film was originally called "La noche de los brujos", and has also been called "The Night of the Witches".

Agnes (Barbara Rey) was a missionary in the fictional country of Bumbasa in Africa in 1910.  She was captured by native Bokor (sorcerers) to be sacrificed under a full moon.  The Bokor tied her between two trees where they whipped her until she was stripped, and then bit her on the neck.  They then placed her on an altar stone and drapped her body with a leopard skin.  Agnes then had her head decaptitated by a group of the natives, and the worshippers painted their faces with her blood.  Some soldiers stumbled upon them and gunned down the entire tribe as they were in the middle of the ceremony.  However, Agnes' head which had settled on a stone enclosure suddenly came to life and sported some vampire fangs.  She had been possessed by a Shedim (demon).

Years later, Professor Jonathan Grant (Jack Taylor) commanded a safari investigating the disappearance of elephants in West Africa. Amongst the explorers were a "great white hunter," Rod Carter (Simón Andreu), two blonde women, Liz Meredith  (Maria Kosty) and Carol Harris, and a mulatto woman, Tunika (Kali Hansa). Elizabeth's father financed the expedition. They stumbled across the clearing where the natives had performed their Vodoun rituals, before being wiped out in colonial times. Carol decided to take some photographs of the altar for a magazine article. They decided to camp nearby.  They are warned that the place is guarded by devil leopards who are leopards by day and devil women who thirst for blood by night.  The women could best be described as Panther Women Voodoo Vampires.

That night, Carol returned to the clearing to take some more atmospheric photographs. The former missionary, Agnes, now dressed in leopard skins and with feline-like canine teeth/fangs, emerged from the surrounding jungle and subdued her. The long-dead Bokors, resurrected from their burial mounds, recreated the ceremony from the prologue. Carol was whipped and decapitated.

The remaining Europeans searched for Carol the next day, but discovered only her camera. That night, Carol, now also dressed in leopard skins, joins the other leopard-woman. They are dressed in skimpy vampire outfits that consist in a leopard bikini, a grass mini skirt, and neck ribbon to hold up the topmost part of her decapitated head.

Together, they crept into the camp. Agnes killed Professor Grant and destroyed the photographs from Carol's camera which he had been developing. The distraught Liz had taken sleeping pills when no one could locate her friend, and was groggy when Carol appeared in her tent. "Elizabeth, it's me, your best friend Carol." "We thought you'd been lost in the jungle..." "It's just as well. Come!" The two blondes left the camp and joined Agnes in the jungle. "You will be initiated immediately, and death will be abolished eternally!" Just as Liz realized what they were going to do, the two leopard-women plunged their fangs into her neck. In Liz's struggles, Agnes was knocked down and the choker necklace she wore to fasten her neck together split. Her severed head rolled free and she perished as blood gushed rom her neck.

After another fruitless day of searching, Rod and Tunika made plans to depart. That night Carol was joined by the demon-possessed Elizabeth, also dressed in leopard skins, her new fangs gleaming in the moonlight. They abducted Tunika, took her to the ceremonial clearing and placed her on the altar, and used their sharp fingernails and fangs to bloody her. As they placed the leopard skins across her shredded flesh, Rod emerged from the jungle and shot them both. He tossed his ammunition belts into the ceremonial fire, and the random shots killed the resurrected Bokor. In the confusion, he picked up Tunika and carried her to a jeep. They made their escape, and Tunika told him she was "feeling much better already" in the breathy voice of the Shedim. 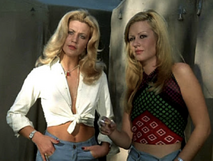 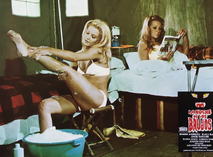 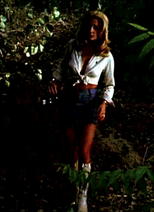 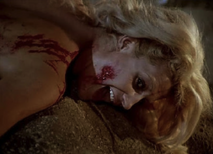 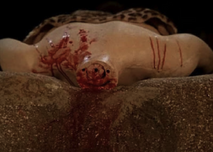 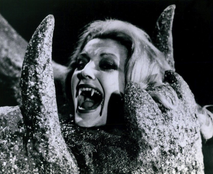 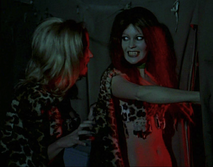 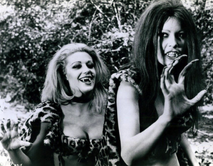 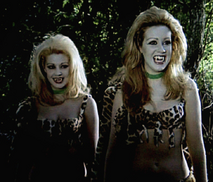 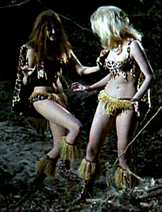 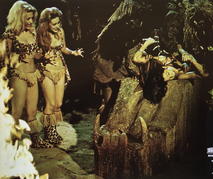 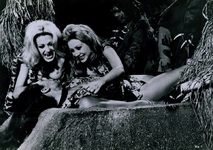 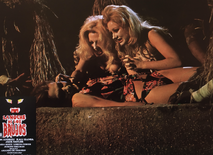 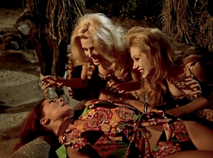 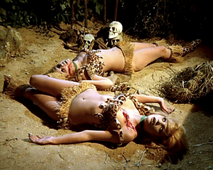