Start a Wiki
watch 01:48
The Loop (TV)
Do you like this video?
Carol, aka Alexia Adamson (Jennifer Taylor), and Marcia, aka Zora Adamson (Megan Littler), are villainesses from the 2018 Lifetime film, Family Vanished (airdate July 6, 2018). They are the respective wife and daughter of Ryder Adamson.

The Adamsons are serial robbers and the film began with the villainous trio (going under the names Mike, Carol, and Marcia--references to The Brady Bunch) already inside the home of the Styles family, having broken into the house and stolen a number of their items. Once the family--Brian Styles, wife Lisa, and daughter April--returned home, the family held them at gunpoint, with Carol establishing herself as the ringleader of the trio.

With Mike and Marcia taking care of Brian and April, respectively, Carol revealed her plan for Lisa. The villainess stated that she wanted money from Lisa's business account--$340,000--with the planned withdrawal taking place on the following day. Meanwhile, Brian was subjected to humiliation at the hands of Mike, and as for Carol, she took Lisa's journal and revealed her affair with the family's neighbor, Peter Levy, adding to their humiliation. Marcia delivered her own sadistic torture to April, forcing her to lick from a plate and then tying up April before she and her evil parents retired for the evening.

The withdrawal took place the next day, with Carol in her ear telling Lisa what to do, threating to have Mike and Marcia kill the rest of the family if anything went wrong. Despite a delay, Lisa successfully made the withdrawal, and afterwards, the villainous triumvirate made plans to eliminate the Styles by taking them to an isolated area and killing them. Marcia acted as a lookout and spotted Peter, leading to the villains killing him. Lisa broke free and knocked out Carol, allowing the Styles to escape.

The Styles' report to police draws cynicism, leading to Brian wanting revenge on the Adamsons. After Lisa discovers that someone had logged in to her social media account, leading to their suspicion that it was Carol doing so. Brian and Lisa went to a restaurant that Marcia mentioned during the robbery, and it was at that moment that they spotted Marcia picking up orders for herself and her parents. The couple followed Marcia to the family's home, and it was after this point that they entered and beat down Mike. Lisa attacked Carol and took back her ring (which Carol took during the robbery) before tying her up and continuing her assault. The evil Carol used the couple's revenge to state they were no different than she and her family were; meanwhile, Marcia appeared and pointed her gun at Brian, with her mother ordering her to shoot. At that moment, April appeared and knocked out Marcia, and the film's epilogue revealed that the family was arrested, with the arrest also including the revelation of their real names. 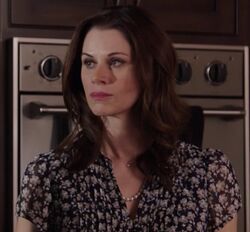 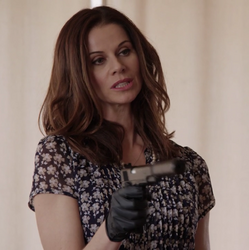 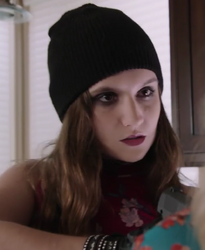 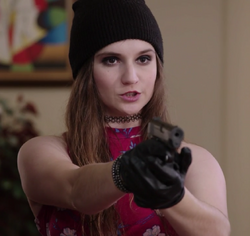 Add a photo to this gallery
Retrieved from "https://femalevillains.fandom.com/wiki/Carol_%26_Marcia_(Family_Vanished)?oldid=169055"
Community content is available under CC-BY-SA unless otherwise noted.