Start a Wiki
watch 01:51
The Loop (TV)
Do you like this video?
Carmella DeCesare is a former professional wrestler best known for her time in WWE, where she portrayed the main villainess of the 2004 Diva Search.

Carmella was one of the final ten contestants in the competition, but as the contest progressed, she would receive negative reactions from the crowd. Despite this, it would end up coming down to Carmella and Christy Hemme, and on September 20, 2004, Christy was announced as the winner, while Carmella became the runner-up.

A week later, Carmella turned heel and claimed that Christy stole her spot on WWE's main roster. Carmella was physically confronted by Christy a week after Carmella's heel turn, after the villainous runner-up attempted to humiliate Eugene. It was later announced that Carmella would face Christy at Taboo Tuesday, with the fans selecting which match the women would compete in. After the announcement, the evil Carmella attacked Christy from behind.

At Taboo Tuesday, Carmella was defeated by Christy in a Lingerie Pillow Fight, which 56% of the fans voted for. The other options were an Evening Gown Match and an Aerobics Challenge. Carmella's tenure with WWE ended after Taboo Tuesday. 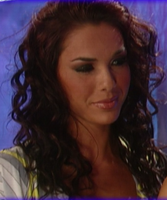 Carmella in the Diva Search 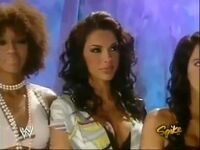 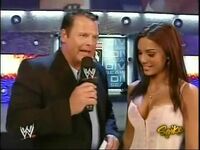 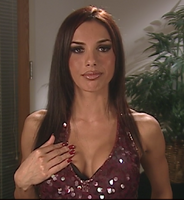 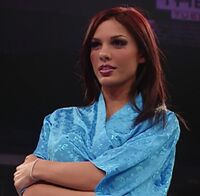 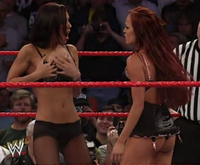 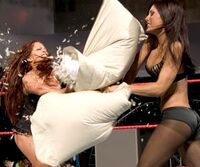 Add a photo to this gallery
Retrieved from "https://femalevillains.fandom.com/wiki/Carmella_DeCesare_(WWE)?oldid=202639"
Community content is available under CC-BY-SA unless otherwise noted.