Start a Wiki
watch 01:39
The Loop (TV)
Do you like this video?
Carley J'adore (Lucy Aarden) is a minor antagonist in the 2018 action film "Death Race: Beyond Anarchy".

Carley is the girlfriend and right-hand woman of the film's main villain, Frankenstein. An ex-porn star, her past criminal behavior includes prostitution and seventeen accounts of human trafficking. At one point supporting protagonist Baltimore Bob states that before coming to the prison, she never did a single day's work vertical.

Throughout the film, she acts as the announcer for Death Match, Death Pit and Death Race, often displaying great enthusiasm for her job. 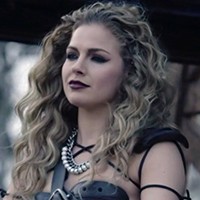 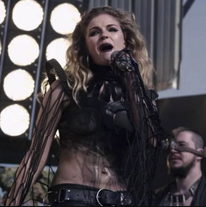 ...with Grease Girl, the sport's resident flag girl.
Add a photo to this gallery

Retrieved from "https://femalevillains.fandom.com/wiki/Carley_J%27adore_(Death_Race:_Beyond_Anarchy)?oldid=206832"
Community content is available under CC-BY-SA unless otherwise noted.