Carla Drosten (Elizabeth Allen) is a hidden spy in the 1966 episode "The Waverly Ring Affair" for the TV series "The Man From U.N.C.L.E."

It is determined that Thrush has a mole inside UNCLE's New York headquarters. All signs point to George Dennell (Larry Blyden), a good-natured UNCLE employee who envies enforcement agents such as Napoleon Solo (Robert Vaughn) and Illya Kuryakin (David McCallum). Denell protests he is innocent but Waverly orders to have his brain wiped of all memories of high-security matters. However, it was all a ruse to get the real mole out in the open, and they gave George opaque contact lenses to block the effects of the brain-wiping hypnotic rays.

A newly fired George is seen in a swanky bar with his sometime girlfriend Carla, who also works in UNCLE's personnel department. George makes a big drunken spectacle of himself by ranting loudly about getting fired from UNCLE. Napoleon tries to hus him up and George knocks him out.

George's behavior is noticed by THRUSH and he is recruited to join their team. Later, when he is deeply entrenched in THRUSH, he asks Napoleon to bring a copy of File 40 to a manufacturing plant. When Illya arrives with the file, George captures him and steals the item.

It turns out that George and Carla are in cahoots. Carla in fact has recruited George to THRUSH's side. Carla and George fill Napoleon in on Project Windfall, in which they plan to take over UNCLE's New York headquarters, using all the top-security information gleaned from File 40.

Napoleon escapes from captivity by threatening to blow everyone up with a fake exploding cufflink. He sends a distress call to heaquarters before being recaptured by George and Carla. Carla wants to test THRUSH's new disposal system, a machine that wraps bodies in plastic and shoots them out into the bay. However, Napoleon is able to wrestle the gun away from Carla. Both Carla and George claim that they have been secretly working with Alexander Waverly (Leo G. Carroll) to smoke out the real traitor.

It is determined that Carla was the mole, and she is taken hostage inside the THRUSH lair.

Napoleon sets the building on fire to rescue his partner. A gunfight ensues, and Carla is shot and killed. 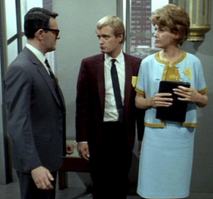 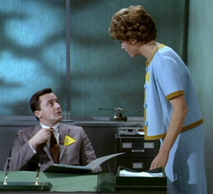 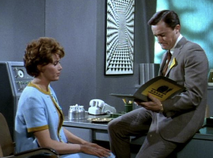 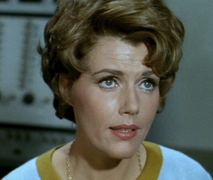 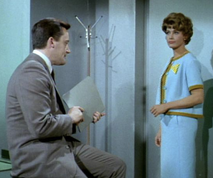 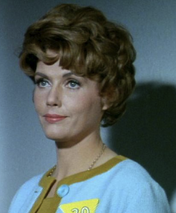 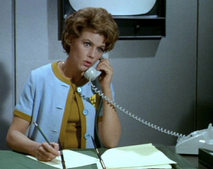 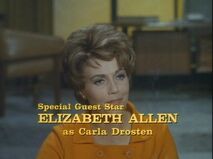 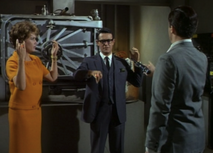 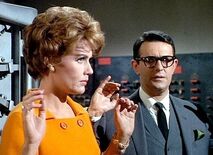 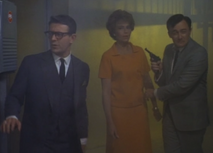 Add a photo to this gallery
Retrieved from "https://femalevillains.fandom.com/wiki/Carla_Drosten_(The_Man_From_U.N.C.L.E.)?oldid=204660"
Community content is available under CC-BY-SA unless otherwise noted.