Start a Wiki
watch 01:39
The Loop (TV)
Do you like this video?
The Bully is from a rival soccer club, where she is a cheerleader in the 11th episode for the BBC TV series "The Mysti Show" which appeared on June 26, 2004.  It is unsure what her name in the episode is, as well as who played her.

In the episode, she enters a diner along with two additional cheerleaders that she is obviously the leader of.  They immediately single out Mysti (Laura Aikman) and Abby (Yasmin Paige) who are cheereleaders for the good guys.  A war of words follows as the Bully is called a Klingon and a Shrek look-a-like.

The Bully fires out that next time they need cheerleaders they should "get three pigs in too-too's, they look better".

A food fight with cream pies ensues, and the girls get into a serious catfight over it.  The Bully is just about to destroy Abby, when Mysti intervenes.  Mysti is a half-human and half-fairy, who has some magical abilities.  As a result, she shrinks the Bully to about 4 inches tall.  The girl then runs away.

We next see the Bully along with the other cheerleaders and soccer teammates get in trouble by the diner owner.  They are forced to clean up the diner. 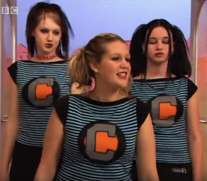 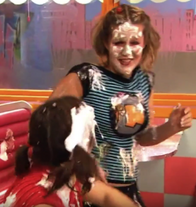 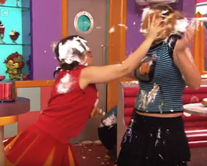 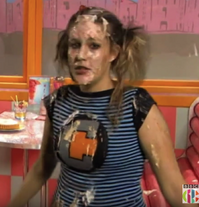 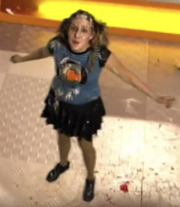 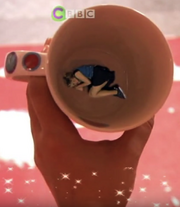 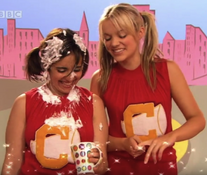 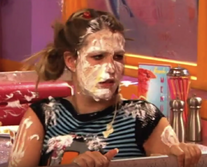 Retrieved from "https://femalevillains.fandom.com/wiki/Bully_(The_Mysti_Show)?oldid=138849"
Community content is available under CC-BY-SA unless otherwise noted.