Start a Wiki
watch 01:51
The Loop (TV)
Do you like this video?
Brunhilda (Lisa Todd) is an antagonist in the 1975 episode "The Vikings Have Landed" for the TV comedy show "The Ghost Busters".

Brunhilda is the partner and henchwoman for Eric the Red (Jim Backus), who are both ghosts.  They have returned to the land of the living to prove that they discovered the content of America a thousand years before Lothar the Hun.

Brunhilda wore long blonde hair that was braided into two pigtails.  She had golden wings on her helmet, and a red dress that was cut down the side.  To top it off, she wore a fur cape.

Brunhilda's main task is to sound the beacon by blowing a large Viking horn to herald Eric's arrival.

They take up residence in an old castle, and Brunhilda provides Eric with a healthy meal.

When they mistake Tracy the Gorilla (Bob Burns) for Lothar, they demanded to have his banner so they could plant it in the ground and prove their claim on the land.  Unfortunately, the banner was really Tracy's knitting.

The Ghost Busters caught up with the ghostly Normans in the cemetery nearby the old castle.  When Eric proclaimed that it would be wrong for a viking to be dematerialized on land, Tracy brought their rowing boat out from the castle to make them feel better.  While Eric pretended to look for land and Brunhilda blew her horn one last time, they were vaporized by King Kong (Forrest Tucker) with the Ghost Dematerializer. 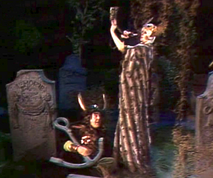 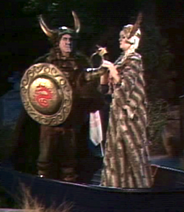 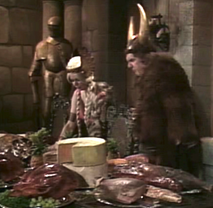 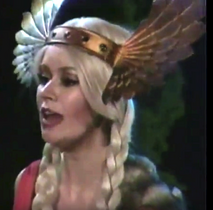 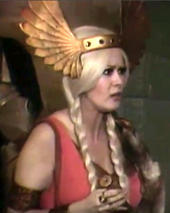 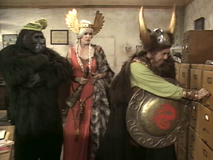 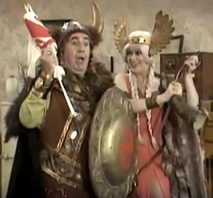 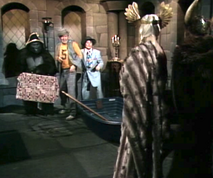 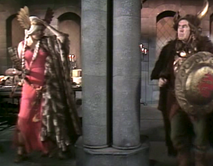 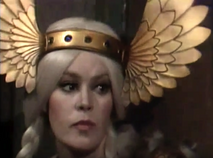 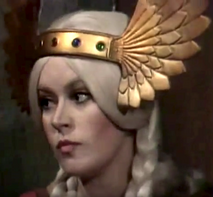 Add a photo to this gallery
Retrieved from "https://femalevillains.fandom.com/wiki/Brunhilda_(The_Ghost_Busters)?oldid=186892"
Community content is available under CC-BY-SA unless otherwise noted.