Start a Wiki
watch 01:51
The Loop (TV)
Do you like this video?
Brittany Drake​ (Amber Newman) is a secondary antagonist in the 1996 comedy horror film "Satanic Yuppies" (aka. "Evil Ambitions").

Brittany is the satanic leader of the "Inferno" corporation. Though presented as a business that deals with modeling, it is really a front for sacrifices to the dark lord. On the business end of the corporation, she serves as the PR lady.

Brittany in particular is looking for a virgin to be offered to Satan as his new bride. She manages to deceive an aspiring young blonde woman named Julie Swanson (Lucy Frashure) for this very purpose. However, Brittany's lover, Gideon Jessup (David A. Levy), who grows tired of being belittled by her, fatally stabs her so that he can receive credit. Unfortunately for him, Satan does not look too kindly on this kind of "behavior" in his corporation, and proceeds to kill Gideon himself.

Before the wedding, Brittany kills Tawny (Cari Minster) in a blood sacrifice and her soul is sent to Hell, becoming a personal assistant to Satan. 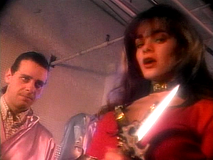 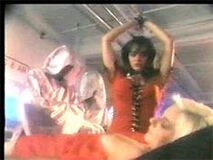 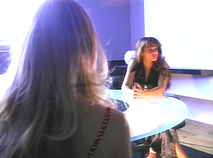 ...and then hiring the next: Julie. 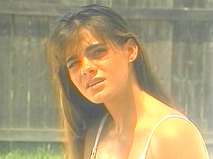 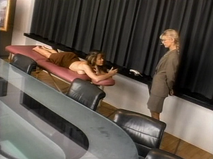 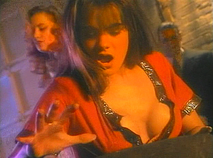 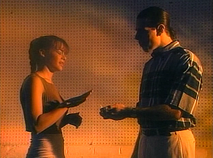 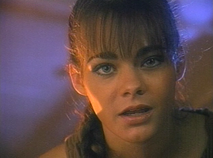 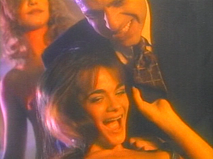 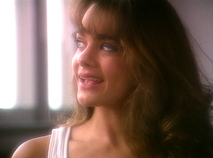 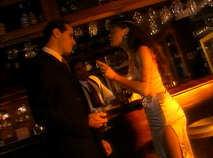 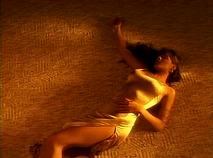 Add a photo to this gallery
Retrieved from "https://femalevillains.fandom.com/wiki/Brittany_Drake_(Satanic_Yuppies)?oldid=127549"
Community content is available under CC-BY-SA unless otherwise noted.