Brittany Blake is a professional wrestler competing for Women Superstars Uncensored, where she portrays a villainess.

Brittany Blake's WSU debut came at the Uncensored Rumble in 2013, and after competing as a babyface at several events, she underwent a villainous transformation in early 2016. Brittany's heel turn began at Unshakable in May of 2016, which saw her defeated by Solo Darling.

Brittany completely turned villainous after the event, when she aligned with evil manager Chrissy Rivera and became part of her stable, known as "The Reckoning." As part of her heel turn, the evil Brittany also formed a tag team with another of Chrissy's clients, Samantha Heights, referring to themselves as the Sinister Sweethearts. At Resurgence 2 in September, the Sweethearts defeated Priscilla Kelly and Nevaeh in tag team action; Brittany's first match and victory under her villainous role.

On the following event, Breaking Barriers 4, the Sweethearts were defeated by Bale Spin (Xandra Bale and KC Spinelli), and after the match ended, the villainous pair attacked the babyfaces. Later on, Brittany, Samantha, and Chrissy helped Su Yung defeat Leva Bates to capture the Spirit Championship in the main event, and after the match ended, the group left with a new ally in the form of Annie Social, after Annie turned villainous and attacked her partner, Missy Sampson. 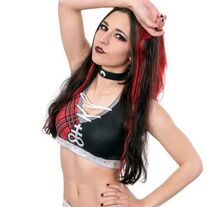 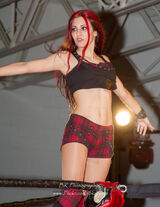 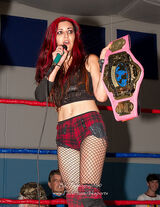 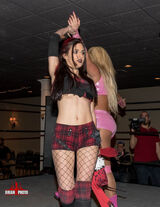 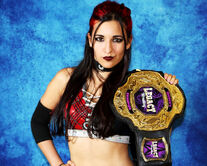 Add a photo to this gallery
Retrieved from "https://femalevillains.fandom.com/wiki/Brittany_Blake_(WSU)?oldid=98713"
Community content is available under CC-BY-SA unless otherwise noted.