Bridget (Delia Sheppard) is the hidden villainess in the 1992 film "NIGHT RHYTHMS".

In the film, Nick West (Martin Hewitt) is the seductive-voiced host of a late-night radio talk show. After hours, he meets many of the women who have called in and helps them first-hand with their sex problems.

Then, one night he wakes up in the studio with his latest conquest Honey (Tracy Tweed) dead, the murder having been broadcast over the air. He evades the law to try to find the real killer.

Linda (Julie Strain), Cinnamon (Deborah Driggs) and Alex (Erika Nann) are just three of Nick's sex partners that are seen more in the uncut softcore version which is 17 minutes longer than the cable version. 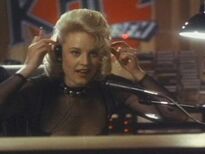 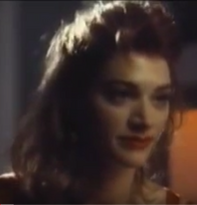 Honey shows up at the studio 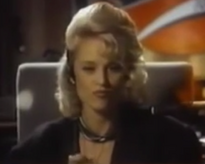 Nick with another girl

Nick has many fans! 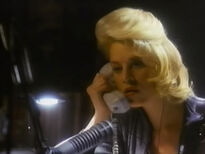 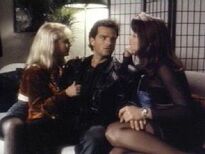 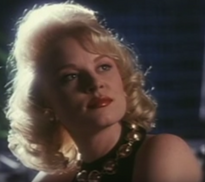 Bridget moves on Kit
Add a photo to this gallery
Retrieved from "https://femalevillains.fandom.com/wiki/Bridget_(Night_Rhythms)?oldid=123714"
Community content is available under CC-BY-SA unless otherwise noted.